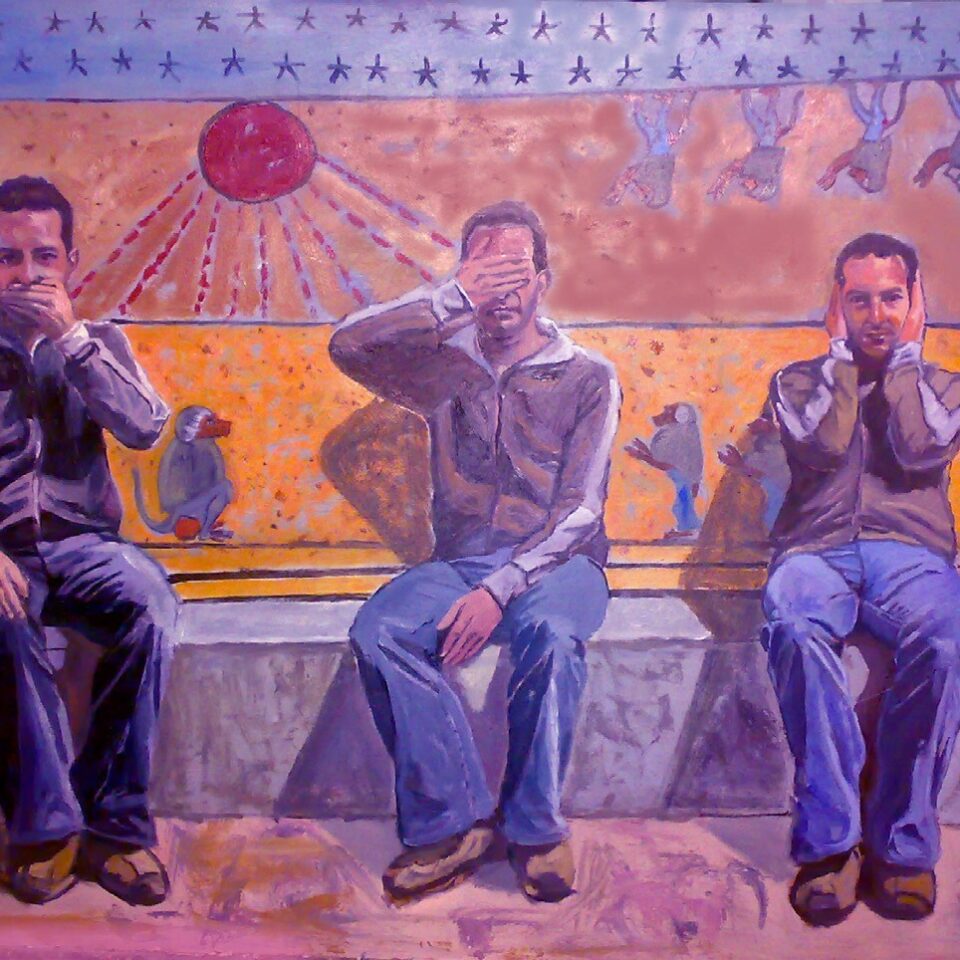 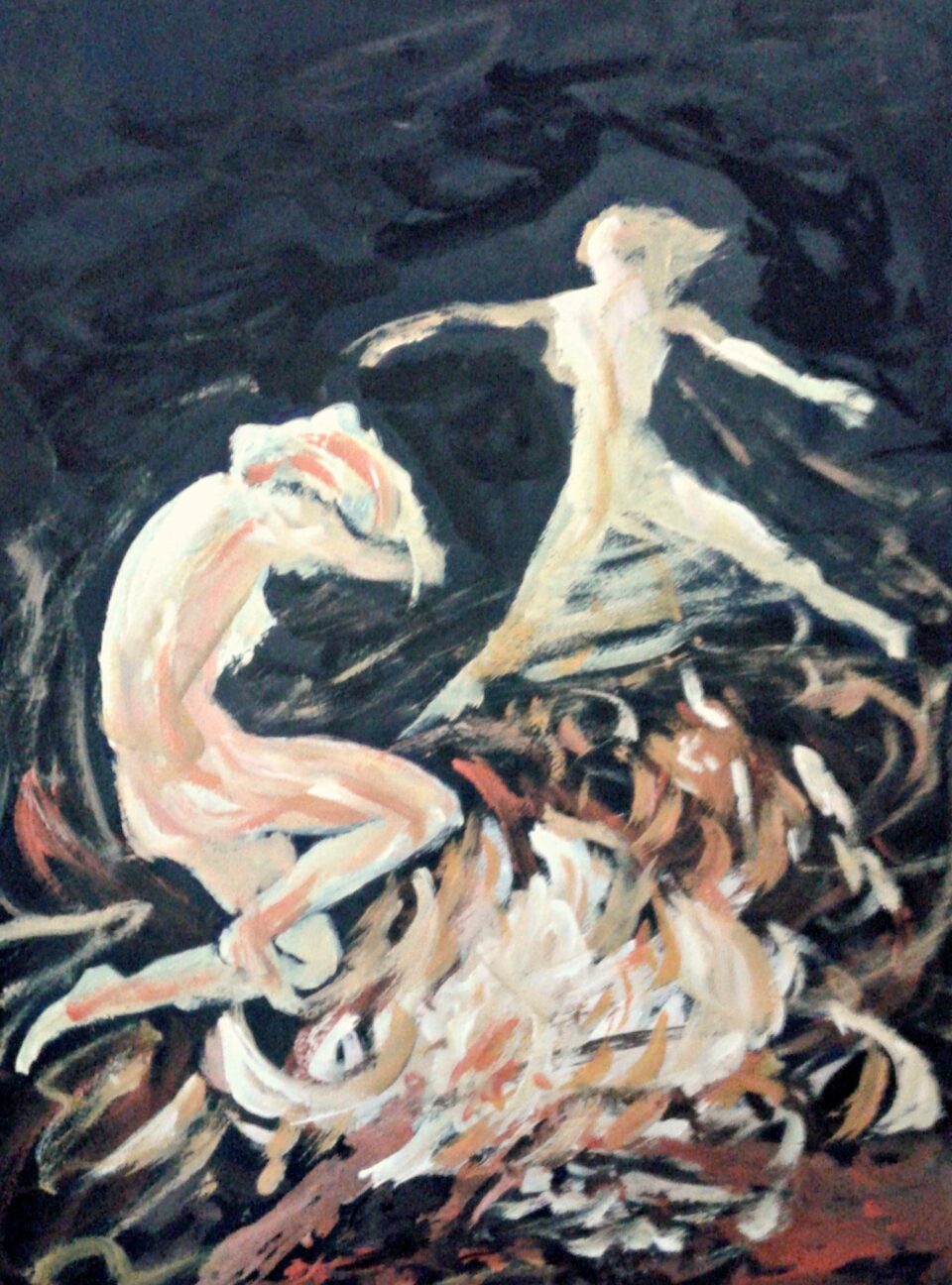 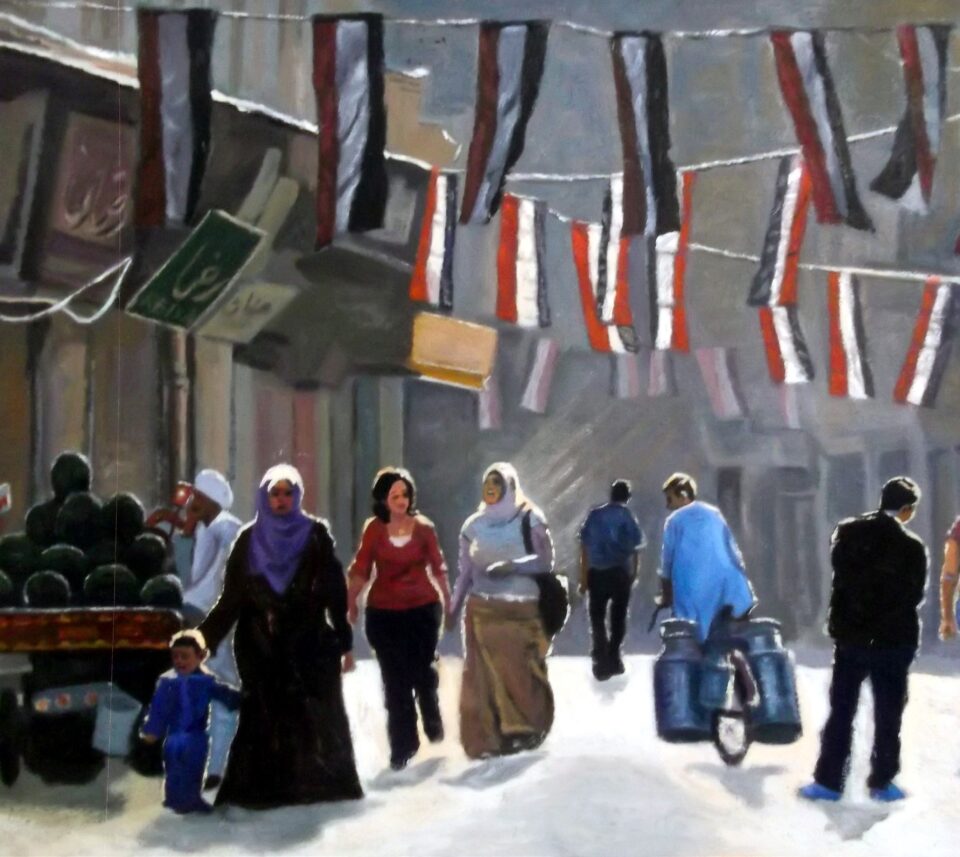 Sleep deprivation is like being high. I know because I was high for a long time, then I started sleeping irregularly. It’s supposed to have something to do with lack of sugar in the brain, which is also the theory of what LSD does to consciousness. Things grow fluid and dreamlike, but at the same time there is a paranoid awareness of motion and a heaviness in the heart. Color and sound become a lot sharper, and time feels totally irrelevant. Normal speed is fast but fast can pass for normal. A moment lasts for days, and days can fit in a moment. Talking and laughing are far more involving, especially laughing. The grotesque animal implicit in each person comes out, sometimes messing up the conversation. And then it’s as if you have no body. As in the best music, an uncanny lightness balances the overriding melancholy. There is joy in flying when you don’t need to move. All through this, what’s more, every passing emotion turns into an epic experience.

The trouble is there’s a lot of confusion and exaggeration about what it’s like getting high. That’s why people don’t realize it’s as simple as being sleep deprived. It’s the sickness of mortality that you kind of recover from, and you do that by breaking free of some categories. Most of the time when you look at something, it’s your brain that’s seeing, and it’s seeing abstract, pre-existing categories, things that have been drained of all sensuous and immaterial input or, in other words, drained of the dream. There’s a mild euphoria when those categories stop functioning and suddenly, actually, you see. With LSD they break down almost completely, with THC just enough to keep you in the dream as you walk through your category-governed life. You live the way you would otherwise, but it’s the dream that you focus on. This is what happens with sleep deprivation, too, except that with sleep deprivation, you’re not as conscious of being high. Not being conscious of it will instantly lay waste to paradise.

Every stoner knows there are things that you do to keep paradise together. As the sugar-suppressing medicine sets in, you have to observe a kind of regime. You know what to look for. If you lose sight of the acute perception, the laughter, and the freedom from time, if you let the paranoia control you, or if you give in to the heaviness in your heart, you will just feel sicker than before and want the medicine to go away so you can go back to your normal sickness. I learned this course of treatment when I first had the money and connections to buy THC, rich substances here in Cairo. I didn’t think there would be any consequences to smoking as much as I liked every day, occasionally ingesting some. I had a job and a pretty girl, and life was looking up with both my parents alive. But everything except getting high felt wrong, everything about Egypt epitomized wrongness, and my literary ambition was dying. That went on for nearly four years.

I realize now it was all in the build-up to the death of my father, the turn of the millennium—9/11 did change everything, if only in my mind—and my incredibly late coming of age. A lot was going on in the background. Religious fanaticism and the gutting of the middle class were not the only things. It was the slow end of half a century’s experiment in postcolonial nation-building. It was good to watch it stoned. Sometimes I think stoned was the only way to watch it, even if you didn’t know quite what was happening. It had started long before the birth of the republic. An entire people had, over many generations, developed this genius for lying to themselves. They lived with the lie, expected it of each other, and resisted with savage righteousness any getting at the truth. Spaced-out is all you could be, if you wanted truth. But the hash and the weed, the low-grade opium and the codeine, all the pharmaceuticals, the hallucinogens, and (later) the amphetamines, were only bottling up the frustration, the hatred, and the rage. You knew it had to stop. Like your life’s arrangement, like the national experiment. It would end badly.

When I think of this time now, I think maybe there’s truth in the cliché that pleasure is bound up with pain. I thought I couldn’t be happier and, given who I was—that comforting despair, being high all the time, without ambition—maybe I really couldn’t be. Then I had a bad trip. Just one. It was a little under a year after my father had died, and it taught me that it had been ridiculously brittle: the skin-tight bubble where I contained myself. The country lived inside me and there too it was coming apart. Eventually, I went cold turkey. I had trouble eating and having sex. I couldn’t sleep. I wanted to die. So many months after the fact, I started grieving for real. When I had obsessed enough about cannabis to research it, I had found out that in traditional Hindu texts it was called, “Heavenly Guide” and “Soother of Grief.” It had soothed another person’s grief, I felt, which wasn’t anything like grief anyway. After I was sane again, I tried smoking several times. I had been irrevocably cast from paradise.

In this way I became who I was supposed to be but hadn’t been, and slowly I started writing again. I was whole and sane and beautifully unhappy in time for the revolution, when I thought God had finally arrived. I was thrilled, but even while things were looking up, I realized the January 25 uprising was more breakdown than beginning. It had started in 2001. Meaning unfolds over time, turning lives into stories. The public and the general take on individual relevance, and then knowledge makes up for the suffering. I also think 2011 is bound up with 2001, the so-called, Arab Spring (that is, the fall of the post-colonial nation and its thus-far catastrophic results) and my own breakdown ten years earlier, which kind of anticipated it. I’m not sure what I had been doing in those ten years, except writing and gathering material for writing. I had women, I traveled. I once was married for a year, another year I spent in Abu Dhabi. I’ve come a long way, my friend. The closest I ever come to the person I once was is when I’m sleep deprived.

I don’t know if this very abridged autobiography makes sense to you, reading it in English. I first thought of writing it at the office, on a day without work when I didn’t even have my laptop. But I developed most of it in my mind at the barbershop while having my head shorn. I was sleep deprived and thought how it was like being high. I felt there was enough in this fact for a life story. I was once stoned, now I am sleep deprived. And to get from one point to the next I had to live through my father dying and spend some time in Nepal. It didn’t sound like a bad biography, as biographies go. But I had no pen and paper at the office, so I typed the first sentence on my iPhone. At the barbershop, I decided to write it all out on the gadget. It would be an interesting restriction that might change the way I write, I thought. I can use Plain Text, which has word count. I can also use iA Writer, which looks a little more like a word processor with a nice typewriter-like font. I’m thinking maybe this is a new kind of literature.

The first time I ever had my head shorn, I had been in Nepal recovering from all that had happened. It must’ve been 2002. I saw there the hashish I had dreamed of all my life. I could buy it very cheaply but I wasn’t going to smoke it. The trip helped me to regroup. The stupas and the thin air. I found out about the god, Ganesha. He could give me luck. I was told shaving the head was something bereaved people did by way of mourning. It was codified grief. It was real. That felt right, too. I still had a full head of hair then. These days I have my head shorn because I don’t like the way it looks when it’s grown out. I’ve lost a good half of it, as I’ve lost so much else in life. Every time I go to the barbershop I remember. It still feels appropriate to be mourning. I’m mourning the time my hair grew in since the last time I had my head shorn.

Youssef Rakha is the author of The Crocodiles (Seven Stories Press) and The Book of the Sultan's Seal (Interlink). He writes in both Arabic and English. He can be found on therakha.net and on Twitter @Sultans_Seal. 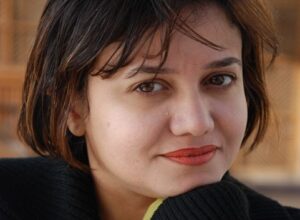 I was asked to interview Gihan Omar, a young Egyptian poet. She insists she is not young anymore,…
Alaa El-Bannan 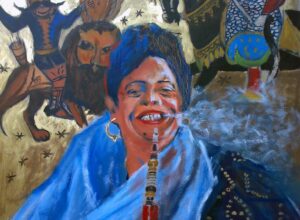