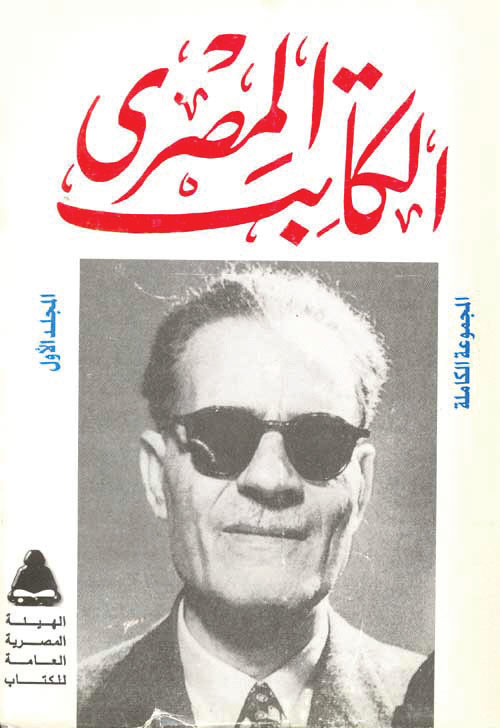 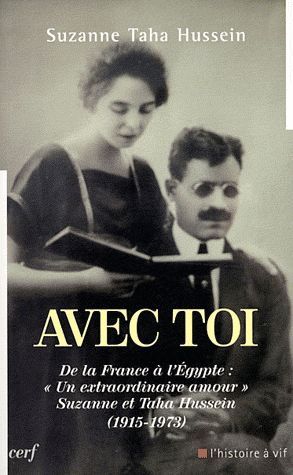 Post World War II, the world was grieving and appalled at the amount of violence and death that humans were capable of. The world had to change and everyone knew it. Each country was suffering from the repercussions and trying to shed light on what the future will be, or should be. One of the most essential means of expression was through writing the historical analysis of the most destructive event the human race had ever experienced. Nonetheless, history is not uniformly described, however many believe that the absence of polyvocal narrations about the world structure was one of the main reasons WWII erupted.

Moreover, the absence and disregard of the diverse narrations of the local populations even after the war are to have resulted in creating the curse of post-colonial borders. These artificially arranged and manipulated temporal and spatial borders were created by colonialism to suit their purposes.

The results are being felt ever since and instead of the natural borders, and historical borders of the area. The imposed nation-state borders neglected that people and cultures are different and thus their true definition(s) of liberty, civilization, modernity, independence, nation, “the self”, and “the other” would subsequently differ.

Break of a New Dawn

Taha Hussein wanted to bridge the gap between East and West, El-Kateb El-Masry was the vehicle through which his principles and perspectives could be heard. The thirty-two issues of El-Kateb El-Masry (The Egyptian Writer), a monthly Egyptian literary journal that was published just after the end of WWII from October 1945 until May 1948, proved to be a concrete cultural medium that strongly advocated for the deconstruction of temporal and spatial borders.

El-Kateb El-Masry also proved to be an outlet for narratives that, on the one hand, are contradicted and dialectic to each other and on the other hand have put into question the grand narratives that used to dominate not only the political scene, but also the cultural one. This thesis was clarified in the first issue of the journal through the editorial note written by its founder and editor in chief, Dr. Taha Hussein. Hussein is one of the most influential twentieth-century Egyptian writers and intellectuals. Despite losing his eyesight at the age of three, he became a figurehead for the Arab renaissance and the modernist movement in the Arab world, and was informally dubbed the “dean of Arabic literature.”

In 1950, Hussein was appointed Minister of Education.

According to Hussein, the journal would derive and extend its content, program, and strategy from ancient and contemporary Egyptian history and the role Egypt played in developing the world’s civilization. He emphasized that Egypt’s resources, rich culture, and strategic geographical location have made it one of the most important countries of the East. Despite its strength at the time, Egypt remained open to the outside world and continued exchanging relations with its neighbors including Greece, Italy, Damascus, Baghdad, and Cordoba. As a result, Egypt became a cultural, political, and economic intermediary between the East and the West.

Dedicating fixed sections to ancient Egyptians’ triumphant history in almost all issues of the journal helped glorify their memory and achievements. The name of each section in the journal mirrored its contents, for example in “Books from the East and the West” Hussein used this section to update the readers with the most recently published books. In the section, “Journals from Here and There” the purpose was to analyze and summarize the writings of Arab and European literary scholars. While the section entitled “News from Overseas” functioned to broaden the subjects that El-Kateb El-Masry addressed, for instance, it included discussions about the latest scientific discoveries; thoughts about the ideal structure and mission of the then newly established United Nations, or proposals about the post-WWII socialism-capitalism controversial dichotomy. The journal also included a section called “Monthly Evaluation of the Egyptian and the International Theater,” which was comprised of writings by critics on Egyptian and international plays. Consequently, it can be argued that El-Kateb El-Masry was the vehicle through which Taha Hussein was able to express his ideals and create a cultural exchange that could bring new discussions and ideas to Egypt and the Arab World.

El-Kateb El-Masry referred to the Nuremberg trials in its eleventh issue published in August 1946 when discussing the issue of spatial and temporal borders. According to the journal, the world’s leaders should reflect on the influence of these trials, which were held to prosecute Nazi officials who celebrated their national identity by exterminating “the others,” or all who were different, and lived beyond the spatial borders of their controlled territories.

The launch of El-Kateb El-Masry coincided with the adoption by the United Nations of the Universal Declaration of Human Rights, a legal framework created to help prevent the occurrence of another Holocaust. El-Kateb El-Masry adopted the same cause, and helped build awareness via its content. The journal became a declaration of ʾadab, a word which means both literature and morals in Arabic.

A significant part of the declaration of ʾadab was illustrated in the series of articles written by the French philosopher and literary critic Jean Paul Sartre[1]Jean Paul Sartre (1905-1980) was a French philosopher, playwright, novelist, screenwriter, political activist, biographer, and literary critic. He was one of the key figures in the philosophy of … Continue reading or by the reviews inspired by his opinions regarding the world of literature. The basic proposal behind the articles and the reviews argued about the nature of the relation that should exist between the literary scholars, the political authorities and the degree of independency that the former should attain from the latter. Sartre’s aim was to move literature from being an aristocratic and elitist field to one that would encompass the sufferings and the dreams of the masses. For instance, in a piece entitled “Sartre and the Cinema,” Taha Hussein commented on Sartre’s “The Position of the Writer” in which the latter had elaborated his definition of literature. Hussein stated that Sartre gave importance to the participation of literary scholars in the micro-social and financial problems of their readers and to the vitality of their connection to the macro-political and economic structures. Therefore, according to Sartre, the literary scholar should not neglect the movie industry or any other modern medium through which he can communicate with and impact the lives of different social groups. Furthermore, Sartre mentioned in his own article, published in the third issue of the journal that the art of writing and people’s daily experiences should not be separated, and not because the former rescues the latter, but because the meaning of life should always be defined and conveyed by several means, including writing.

If you read El-Kateb El-Masry, do not expect to get satisfactory answers for your inquiries, because the journal was simply intended to demonstrate that there would always be more than one answer. Sartre has implicitly discussed American physicist and philosopher of science, Thomas Kuhn’s[2]Thomas Kuhn (1922-1996) was an American physicist, historian, and philosopher of science whose controversial 1962 book The Structure of Scientific Revolutions was deeply influential in both academic … Continue reading notion of the “paradigm shift.” The paradigm shift contests the validity of the foundation of our knowledge, which drives us to build the grand narrative of our “absolute knowledge.” In other words, absolute knowledge as an abstract concept ceases to exist, yet each one of us has certain beliefs that build “our absolute,” which completes Kuhn’s paradigm shift.

El-Kateb El-Masry pointed out through its issues that everything should not be bordered with a clear and non-negotiated meaning including, for example, the influential principles of state sovereignty and human rights. The journal never gave out any clear political inclinations and also criticized other literary journals that emerged during the same period of time in support of the King, the British, or Al Wafd Party[3]Al-Wafd Party was Egypt’s most popular and influential political party during the 1920s and 30s. It supported moving Egypt from dynastic rule to a constitutional monarchy. The party was dissolved … Continue reading. According to the journal, the agricultural progress developed by the ancient Egyptians laid out the basis for collective social bonds among people long before the introduction of the British “modern” industrialization and the French “civil” revolution.

El-Kateb El-Masry constantly advised readers to always be aware of the contradictions and the shortenings of their understandings of the words defining and describing the world order. It also asked its readers to continue breaking out of the spatial and the temporal borders of their grand narratives.

No one sums this up better than literary theorist, author, and public intellectual, Edward Said[4]Edward Said (1935-2003) was a Palestinian American literary theorist and public intellectual who helped found the critical-theory field of postcolonialism. in the 2003 Parallels and Paradoxes: Explorations in Music and Society, “there is no point in writing material that makes people just feel good. And I have always been very interested not so much in making people comfortable because there are certain clichés that should be dismantled.

“The journal was simply intended to demonstrate
that there would always be more than one answer.”

Mina Ibrahim is an anthropologist and archivist who is interested in building connections between oral history, ethnographic fieldwork, and archives. He has recently earned his doctorate degree in cultural studies from the University of Gießen, Germany, and is currently an affiliate researcher at the Leibniz-Zentrum Moderner Orient (ZMO). He is also the founding director of SARD for History and Social Research (Shubra’s Archive) and a project coordinator at UMAM Documentation and Research (UMAM D&R). His recent publications include articles with Social Compass and Endowment Studies, and book chapters with Palgrave Macmillan and Vanderbilt University Press. His first monograph will be soon published by Palgrave Macmillan under the title Identity, Marginalisation, Activism, and Victimhood in Egypt: Misfits in the Coptic Christian Community. 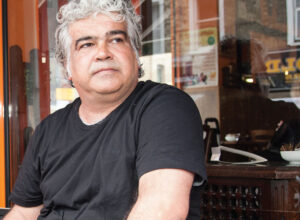 Turning the Pages of No Knives in This City’s Kitchens 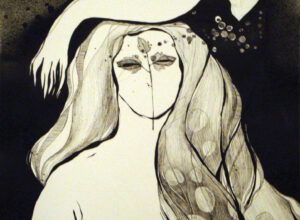 To Faraj Bayrakdar, who spent 14 years in prison. 4979… is not the number of a secret account,…
Ghayath al-Madhoun, Fawaz Azem