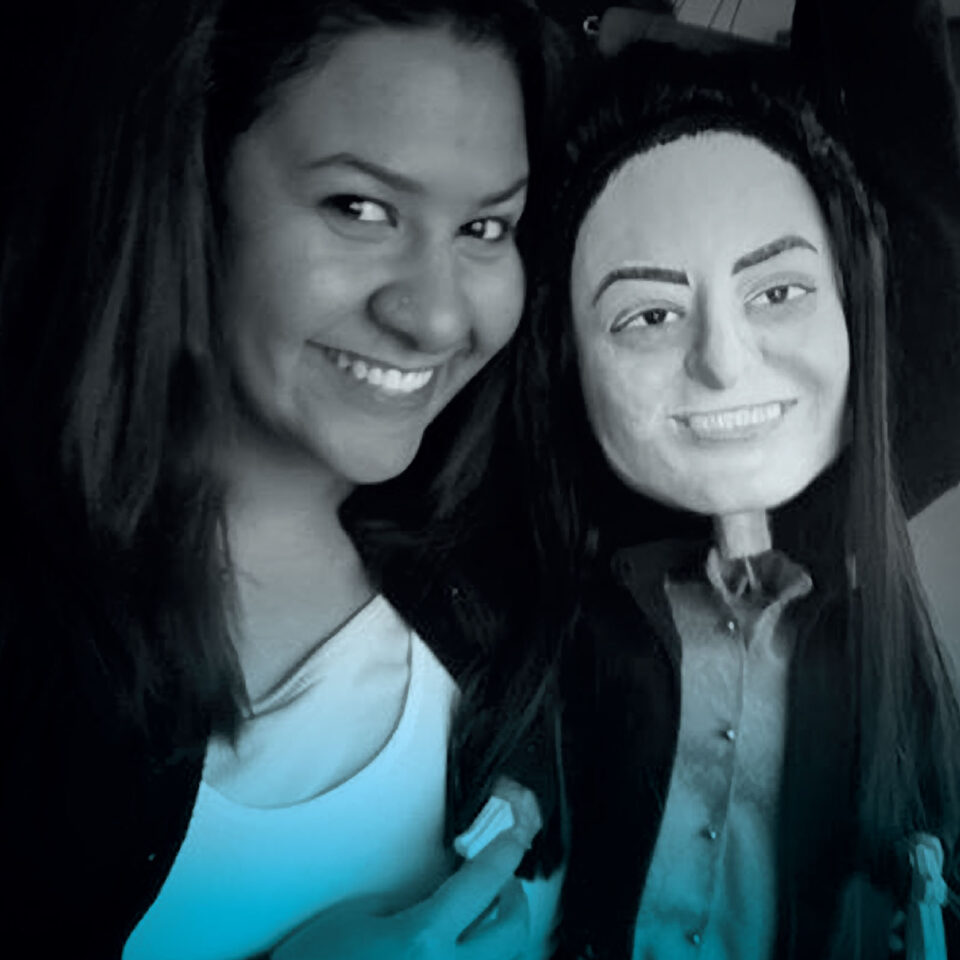 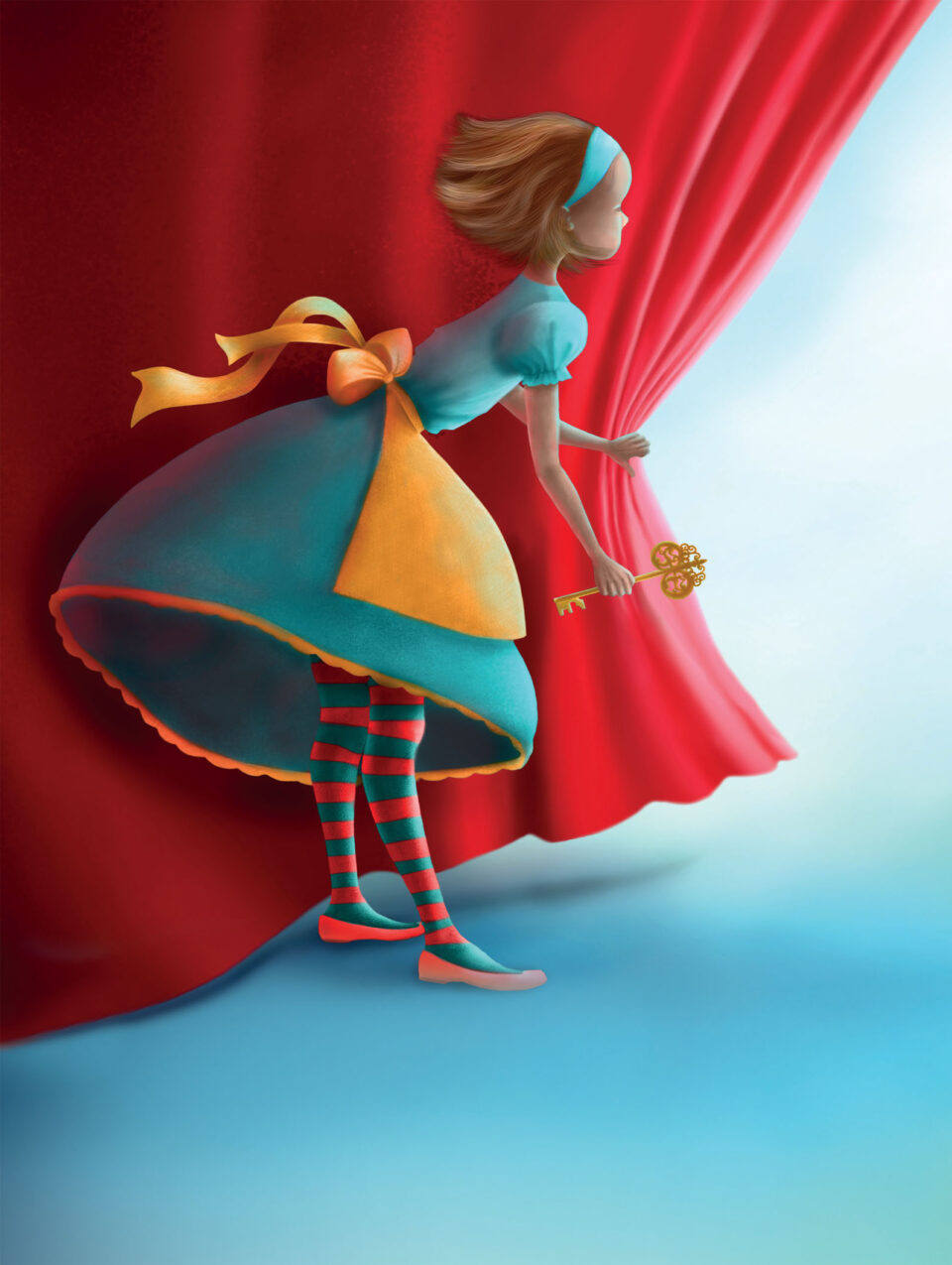 Sarah is a very lucky girl. She has some really unique friends that she creates with her very own hands. She talks to them and they reply, she gives them strings and a funny voice and they shine on stage with words, colors, and moves full of creativity and laughter. She gives them life; they give her happiness. Together, they present us with a story.

Sarah Elbatrawy is a self-taught puppeteer, with a BA from the Faculty of Art Education, Helwan University. She started off her career at Elsawy Culture Wheel, where she gave arts and crafts workshops for children. Six years later, she joined the puppet team after training and participating in several shows.

In a few short years, she became the general supervisor of Elsawy Puppet Theater. With an aim to revive one of the most fascinating, yet abandoned, forms of storytelling in Egypt, Sarah launched her own puppet-making project “Batro Puppets” in 2011.

Rowayat’s junior editor, Alaa Elbannan, interviewed Sarah to find out just how she made it all happen.

SE: Our main service was initially to make puppets for people who perform puppet shows. Shortly afterwards, I realized that I wanted to create my own shows, in a different style, with much more creative methods, so I started to develop my strategy.

AB: What do you hope to accomplish with Batro Puppets?

SE: There are only two puppet theaters in Egypt, one in Attaba and the other in Elsawy Culture Wheel, so I wanted to establish my own theater, where I can approach social issues through puppetry.

I want to create a mobile theater and go to people, instead of waiting for them to come to me. To implement this idea, I need a huge truck, where I can store all my puppets and that also turns into a stage.

My vision for Batro Puppets is to form a team that manufactures puppets and another team that performs shows all around the country. I am also working on developing story themes of traditional forms of puppetry like el-Aragoz. I love the idea of including different kinds of puppets in one show and, perhaps, inserting a human element through acting and pantomime, and adopting different genres, such as horror, comedy, and drama, using advanced visual and audio effects.

My work also targets adults; puppets are not just for children. Puppet shows are for everyone, from the affluent and educated to little children in remote rural areas. Everyone needs and loves educational entertainment.

AB: What made you start your own project?

SE: It was hard for me to grow and develop in puppet theaters, because puppetry is perceived as a profession solely for men, since puppets are manufactured from wood; however, I have found alternative materials, such as sponge and clay.

Also, I wanted to be free to try new manufacturing and animation techniques. I began to learn through online tutorials and started to experiment and practise during the eighteen days of the January 25 Revolution; I took advantage of the time we were locked in our homes. I had some materials and tools at home and created four puppets, and got great feedback from friends and family. Soon after, I created a page on Facebook.

The Om Kalthoum show in Elsawy Culture Wheel inspired me to make look-alike puppets, which were a real success; people loved the idea of having puppets that look like them.

AB: What is the main challenge facing Batro Puppets?

SE: I need professional scriptwriters specialized in puppet shows, as we do not have any. Most writers either write for children in classical Arabic, or they write naïve stories in a manner that underestimates the audience’s intelligence.

AB: What makes you love puppets so much?

SE: I love puppets because people love them. It’s a forgotten part of our culture that people miss so much. At the same time, it’s the thing I enjoy doing the most, as I’ve always loved sculpting and making 3D figures. It’s the tool with which I can add some value. It is captivating, creative, and colorful . . . a limitless field, in which you can develop daily. It is a field that encompasses a wide variety of methods, techniques, and kinds of puppets to experiment with.

AB: What inspires you the most?

SE: Cartoons and animated movies. They are full of colors and imagination. They push me to think about how I can turn an animated movie into a puppet show. Disney has also adopted this direction, and adapts their stories to the stage. It is so exciting and impressive.

AB: Apart from puppet-making, what other forms of art are you passionate about?

SE: I love all kinds of art, and I realized that I was also a talented pantomime actress, make-up artist, and painter. However, I needed to focus and dedicate my time to something specific, and, of course, it had to be what I loved most. Having said that, being good at these other art forms definitely adds value to my work in puppetry.

AB: What is the greatest challenge you are currently facing?

SE: The fact that I am a young woman. Older artists are reluctant to teach beginners, particularly women. I had to exert a lot of effort and spend a lot of time just observing. And, actually, I believe women have certain abilities that add to this field. So, learning is challenging, and maintaining progress is even more so.

AB: Who is your support system?

SE: My family gives me great support. They are convinced that what I do is unique, especially after witnessing the success of the look-alike puppets. Now my mom is the one designing my puppets’ dresses, and my dad is my technical consultant. They encourage me to take advantage of all the learning and traveling opportunities that cross my path. And, of course, my friends always support and encourage me.

AB: Who is your idol?

SE: Nagy Shaker is my idol. He created El-Leila El-Kebira. He is awesome and one of the rare artists eager to teach younger artists. I was so lucky to meet him; he is very inspiring, talented, and helpful. Also, Jeff Dunham, a ventriloquist (someone who speaks in a way that makes it seem like the sound comes from a source other than the vocal organs of the speaker), and Scott Land, an American puppeteer who is constantly inventing new techniques.

AB: What is your most unforgettable experience?

SE: Participating in El-Mashrou’: a reality TV show that adopts entrepreneurs with interesting project ideas through a televised contest. It was challenging and difficult, but I learned a lot, especially how to adapt and alter my approach, without giving up on my core idea or my vision.

AB: What is the craziest thing you could do with puppets?

SE: The craziest thing I tried was to make a giant puppet out of newspaper in only two days for the Korba Festival. It was hard and different, but I got great feedback. My friends volunteered to move it. People were impressed and everyone wanted to take

I love puppets because
people love them 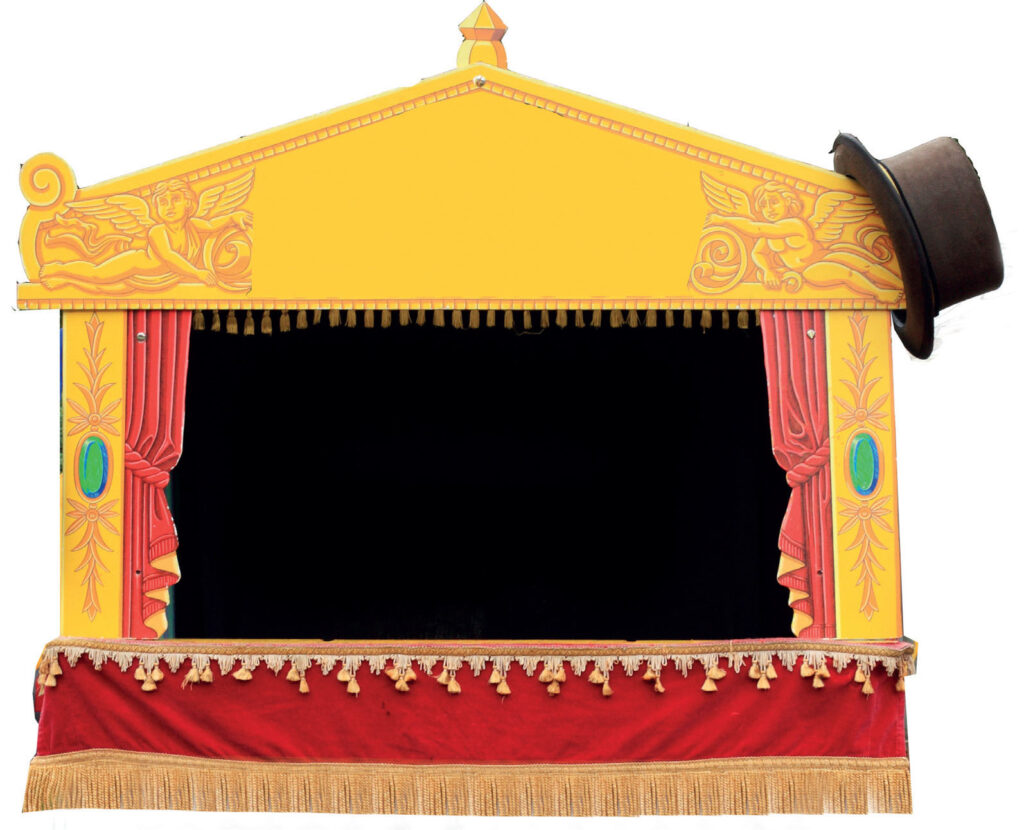 pictures with it. They kept asking me a lot of questions; questions that gave me new crazy ideas, which I hope to try out during my shows very soon.

SE: In the beginning, I thought the income wouldn’t be that great, but once I started, I was surprised at the number of orders I got, and the income soon surpassed any other salary I had gotten from previous jobs. I believe that if you simply do what you are passionate about, you will be good at it, and eventually it will be financially rewarding.

AB: Did you ever consider teaching?

SE: I do teach children how to make puppets; however, I’m more into performing and creating shows than teaching. I teach because I want to pass this knowledge onto younger artists, as this was one of the problems I had faced, so I don’t want others to face it and have to start from scratch like I did.

AB: What is your advice for young artists?

SE: Don’t ever give up. We are all going through a phase of depression. Our parents are worried about their children’s future, and we’re worried about our social and political statuses. I tell young artists to try to achieve something true and meaningful. I tell them to do what they love, surround themselves with positive people, and experiment a lot. It is okay to fail and to try over and over again.

AB: What is your greatest wish?

SE: I wish to create something that will last forever. I want to leave a mark and change something tangible.

Sarah’s passion for puppets has made her survive and overcome numerous challenges. She insists on using her creativity to entertain and teach people about their culture and themselves. Her work, actions, and fun-loving spirit reflect a principle so important for all artists; love what you do, work hard, and spread your knowledge. 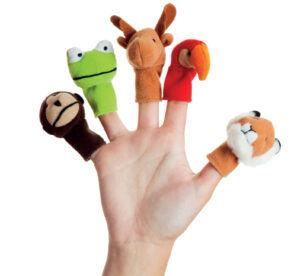 Pantomime is a theatrical performance that goes back to the age of the Roman Empire, where actors used to perform using only gestures, accompanied by music.

From Finger Puppets to Giant Puppets

There are various kinds of puppets: Finger puppets are simply made by drawing a smiling face on your finger. Move it, give it voice, and it’s a puppet. Hand or glove puppets are worn on the hand like a glove and moved using three fingers. Rod puppets are animated using sticks and wire rods. There are other kinds as well: marionettes, ventriloquist’s puppets, and shadow puppets, to name a few. There are also giant puppets that could be up to twenty-four feet—over seven meters—high. The company Royal de Luxe is the most famous manufacturer.

El-Leila El-Kebira is a theatrical show produced in 1961 by Nagy Shaker, and it is regarded as one of the greatest Egyptian puppet shows ever made. It is also a great work of poetry. Its entire dialog was written 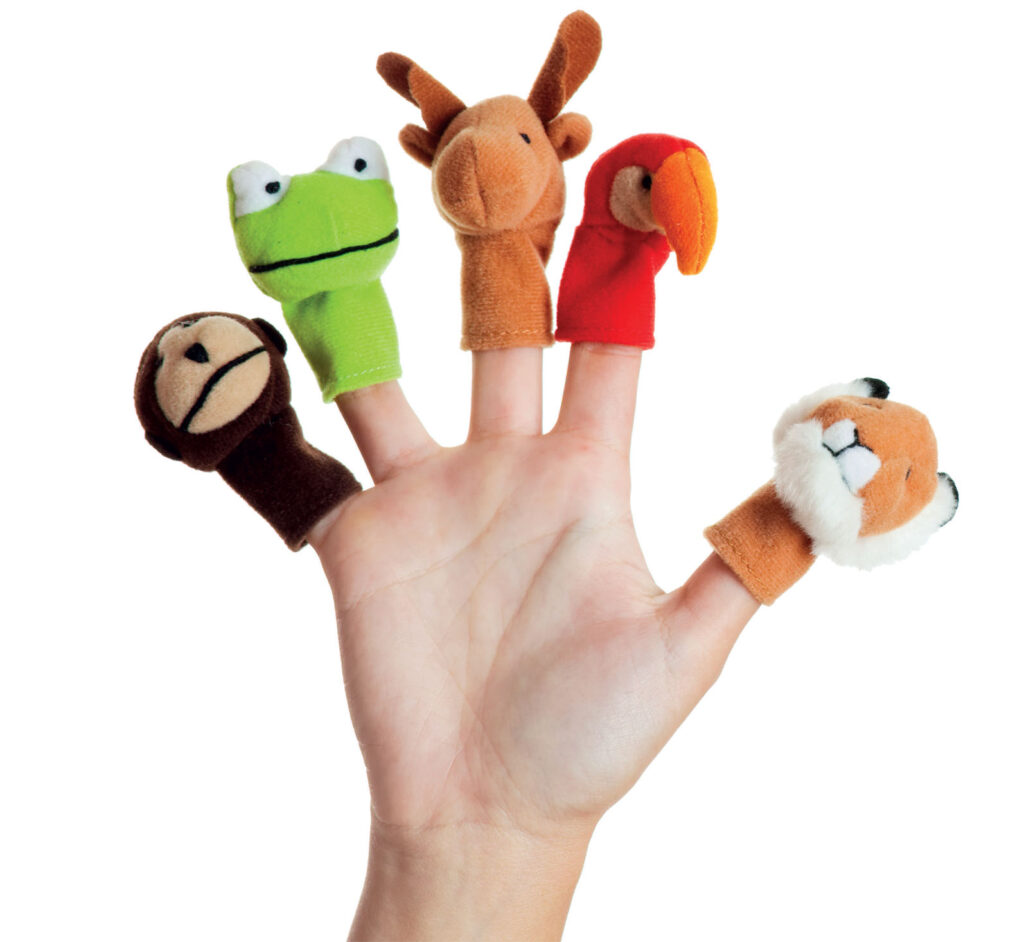 The Sawy Culture Wheel (AKA El-Sakkia)

El-Sakkia is a very well-known private cultural center in Cairo built near the banks of the Nile beneath the 15th of May Bridge in Zamalek. It is a home that embraces the talents of many young artists and showcases a wide range of activities and cultural events. It was established to honor Abd Elmonem Elsawy, a novelist and former minister of culture.

An annual peace and art festival held in El-Korba, one of Cairo’s most beautiful historic neighborhoods known for its stylish streets and old buildings.

Om Kalthoum is an Egyptian singer, internationally famous for her great songs and beautiful, deep voice. In her honor, El-Sakkia has created a monthly puppet show featuring her songs. She is also known as Kawkab el-Sharq, or the Star of the East.

Alaa loves poetry, art, children’s books, and all kinds of movies. She believes that books change the world and one day she will write her own. 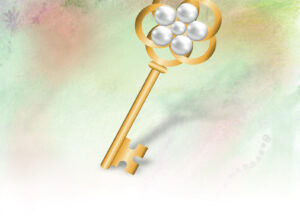 There was a teenage girl named Elsa who lived in a treehouse. A friend always came to visit…
Haima Fansa 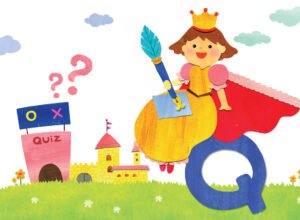