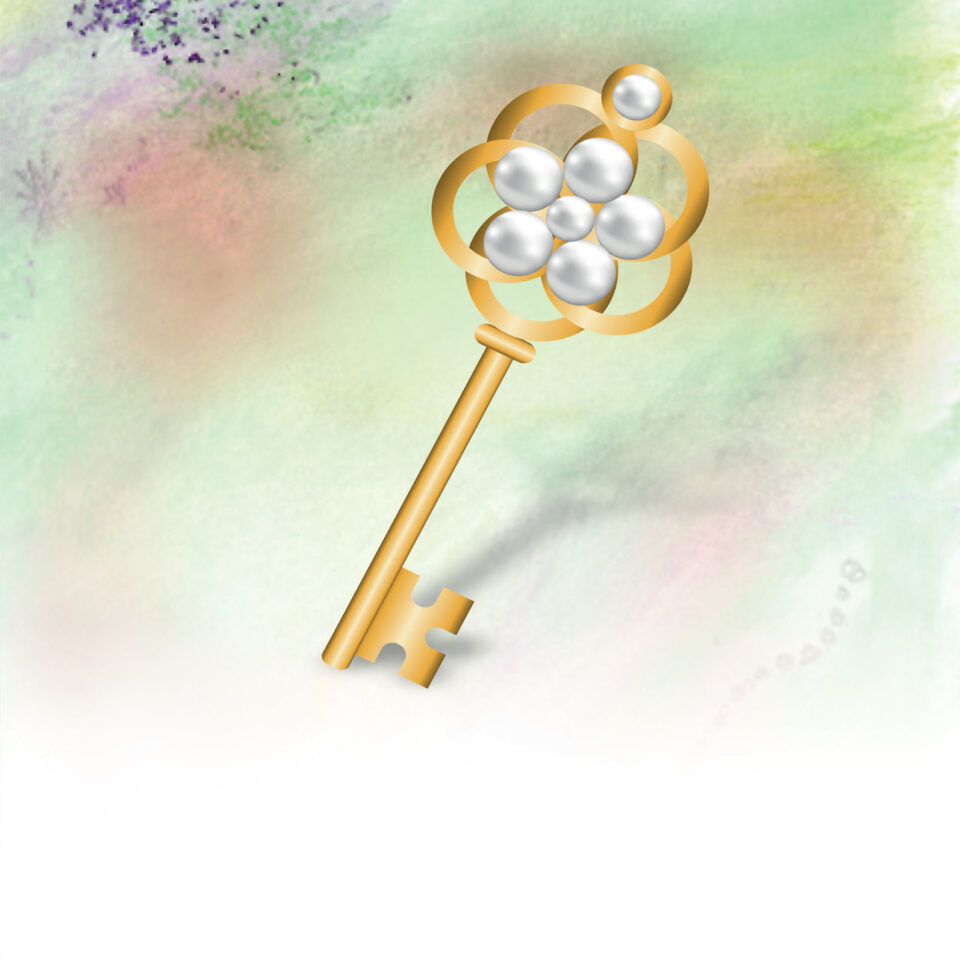 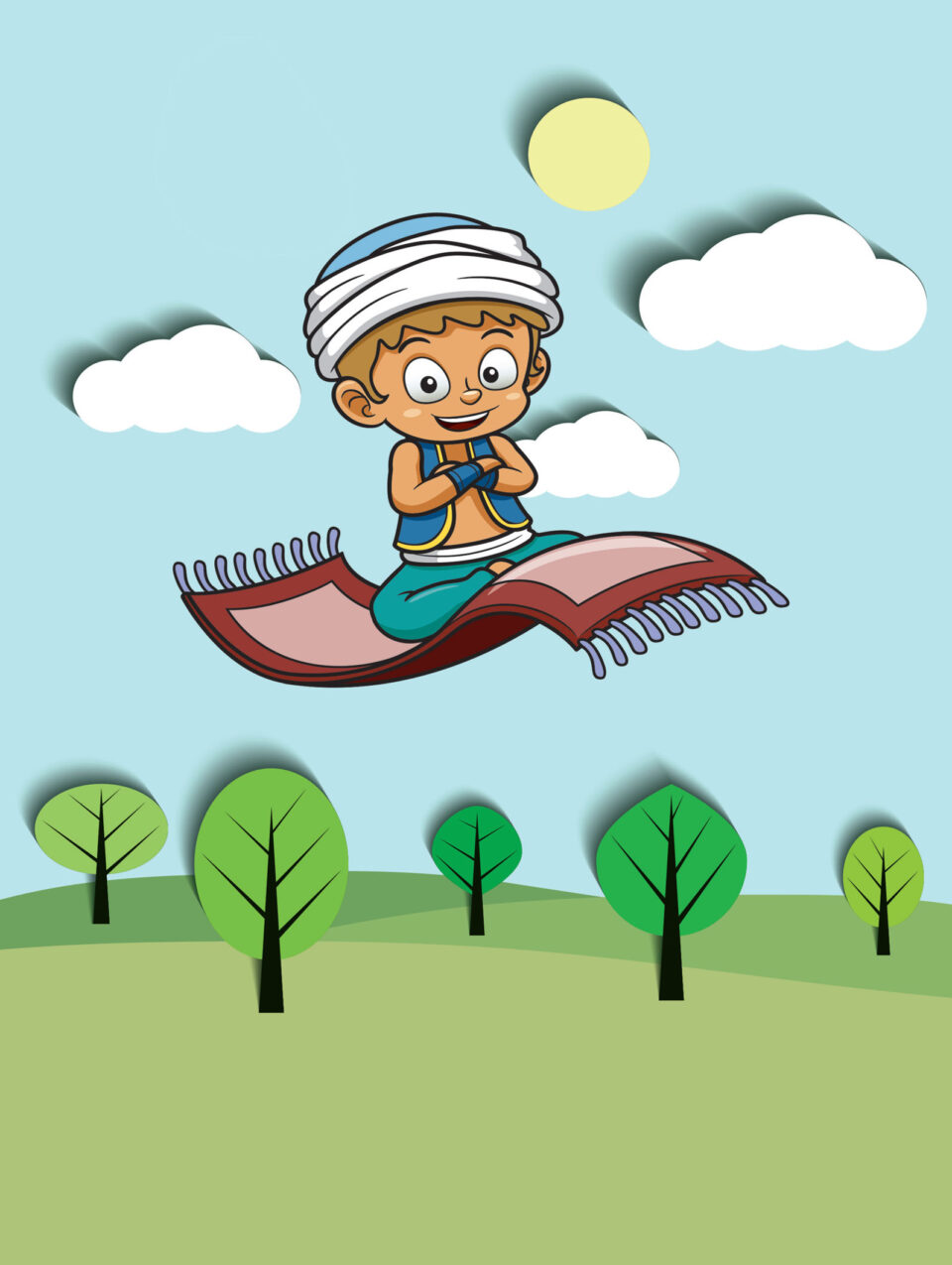 There was a teenage girl named Elsa who lived in a treehouse. A friend always came to visit her. She was a princess: Princess Sophia.

Elsa was born on an island with her mom and dad, but one day, they died when she was just a baby. She cried and cried until two adventurers who came to explore the island found her. They heard crying coming from a little treehouse, so they went inside and saw her.

They took her to the forest, but they never told her they weren’t her real parents. Then they died when she was only sixteen.

One morning, Sophia asked Elsa if she would like to come with her on an adventure.

“An adventure?!” Elsa said.
“Uh-huh,” said Sophia
“Where to?”
“To my kingdom. We will take my carriage.”
“Let’s try something different.”
“Oh, like what?” wondered Sophia.
“We will run to the sea and jump!” said Elsa.
“Really, Elsa? You must be joking!”
“See you later!” Elsa ran.

Elsa disappeared—in a minute, she was gone. Sophia ran after her and jumped behind her into the big blue sea. She closed her eyes, hoping she had done the right thing. And there it was: something huge came across her shoulder. It was a huge blue bird called Mia and its mother bird Rivana.

Elsa rode on Rivana and Sophia on Mia. They took a flight around and over the sea all the way to the kingdom.

On their way to meet the king and queen, they laughed and talked all along. Elsa asked Sophia about the kingdom’s name.

They made their way to the castle after stopping the magical birds, and Sophia showed her around. They were so happy. Elsa thought to herself she had the best friend. She suddenly wished her mother was alive so she could talk to her about her friend, but sadly she was dead.

It was suppertime. Sophia wanted her parents to meet Elsa. She hoped they’d let a stranger join them—even if she did live in the forest and not in the kingdom.

She told her friend to wait outside while she asked the king and queen in private to let Elsa join them for supper.

There was silence in the room as the king was worried. “This girl lives in the forest. I don’t know how her manners will be. I can’t eat with people without manners . . . But, well, why not let her in!” he said in a loud voice.

“Thank you, father!” Sophia was so happy.

“Come in, Elsa!” she shouted cheerfully.

The king and queen stood up to meet the forest girl, their daughter’s new friend. She was so pretty and clean. She wore a beautiful one-shouldered white and blue dress. She looked so neat for a forest girl. They looked at her with surprise and were very pleased.

Elsa came and greeted the king and queen. The table was full of different food types, unlike what she ate in the forest.

Elsa waited until Sophia took her hand and led her to her chair. She was starving while looking at the big table full of food, but she couldn’t find any fruits. Elsa asked Sophia for some, so she sent her butler right away to get her friend some fresh fruits.

After supper, they went back to the forest again. Sophia was staying in the forest with Elsa that night. While they were talking, she asked Elsa about her family.

“How did you live without your parents?” asked Sophia. “How did you go and explore places that your parents never had the time to tell you about?” Sophia thought that Elsa was so brave to be able to do all those things on her own.

Throughout the next day, Elsa showed Sophia the forest and introduced her to her animal buddies. A great adventure it was for Sophia to meet Elsa’s friends the bats and alligators!

After they headed to the castle, Sophia took her friend to see the “Jewel Room.” Elsa was amazed to see all these jewels sparkle. “I must look for my own jewels in caves and tunnels,” she thought to herself.

Being hungry by noon, they went to eat. Sophia gave Elsa a plate of chicken, and Elsa thought, “What is this? I won’t eat this!”

Elsa was sad and angry, so she ran to the forest, thinking her friend was bad and cruel for eating chicken. Sophia felt down; she apologized to her friend and promised not to eat chicken again. She also tried to explain to her that there’s nothing wrong or bad in eating chicken, that bad people do more hurtful stuff than that. She told her about the people she saw once in the castle dungeon.

“Would you like to come with me? I’ll show you the really bad people,” Sophia said, as they went to the castle dungeon.

Elsa was afraid. Angry, inhumane-looking people sitting in small places, she thought to herself. Others were quiet and seemed to be harmless; they had no anger in their eyes. Sophia told Elsa not to believe the innocent-looking ones; they’d rip out her heart!

“You’ve got to get out of here!!” a woman shouted.

“You seem like a kind woman; what have you done to be in this awful and miserable place?” Elsa asked.

“Nothing, nothing at all!!” answered the woman.

“Well, my husband and I lived on a beautiful island a long time ago. We had a baby girl; I made her a seashell necklace and put it around her neck; it was beautiful. I also made one for myself, but hers was more beautiful than mine.” The woman was quiet for a while then said, “But we were taken away by the king’s guards and never saw her again . . .”

“Oh, what a terrible thing! What did your daughter look like?” asked Elsa.

“Well, is there anything that tells us who she could be?” asked Elsa.

“Yes, she had a flower-like birthmark,” the woman in the dungeon said.

“At the back of her neck,” the woman said.

“Are you trying to say I’m your mother?” the woman said.

Elsa was shocked; Sophia asked her if she was fine. Elsa told her that she was okay but wanted to find out what happened. Sophia asked the woman about her name.

“I’ll try to help you find out why you’re here.”

“I know why I’m here. It’s the Magical Key. . . . We own a Magical Key that leads to a Magical World; that’s why your father, the king, locked us up, because we don’t want to tell him where the key is,” said the woman.

“You can trust me, Isabella. Tell me,” Sophia said.

“No, I won’t. I can’t trust anyone in the royal family. . . . I’m not telling you anything, whatever happens,” she said.

The king was passing by the dungeons and heard them talking. He suddenly yelled at the woman, “I don’t think so! Because I know what will make you give me the key: your daughter, Elsa!”

Elsa burst into tears and said, “I can’t believe this. I love the family that raised me; I don’t know these people, and I don’t want anything to do with them. If you want me to believe I’m your daughter, prove it to me!”

The woman then said, “Dear child, you have the flower-like birthmark at the back of your neck, and you’re wearing the necklace I once made you. What more proof do you need??”

“So, you’re my mother after all!!” Elsa was surprised.

Elsa looked at her mother, who nodded at her daughter’s necklace.

“You want the key? Then take it!” she said to the king as she took off the necklace and threw it in the air.

The prisoners started to shout, “Fight, fight, fight, fight!!” But Elsa did not wish to fight, she wished for magic to take her out of this, and she suddenly had an idea. She quickly caught the necklace and threw it on the ground. A sparkling flashlight came out and a magical door appeared. She went in quickly and the door closed behind her. And there she was, in the Magical World!

Everything was beautiful, amazing, and sparkling.

She shouted, “Anyone here?” And a voice came from above. “Yes, lovely young lady. At last! Welcome home, Princess.”

Elsa didn’t understand what she heard.

“Princess? Who’s the princess?” she said.

“The princess is you, dear Jenevieve,” said the Mother Fairy.

“You are the princess of ‘Fairy Land’, and you were meant to come back one day and that day is today. Your grandparents and parents were giant fairies, so they were sent to the other world to do good things for the people on the island.”

“Jenevieve is you; it’s your real name.”

“It’s all there,” said the Mother Fairy as she sprinkled Elsa with magical dust. And there she was, a true fairy princess!

“I need your help,” said Elsa. “We need to get my parents and my friend Sophia out of there.”

“Just make a wish, Princess, and sprinkle your magical dust,” she said.

And, all of a sudden, the door opened. Elsa flew back to Sophia, her mother, and her father. She sprinkled her magical dust, and all the guards and the nasty king got dizzy and slept.

The queen showed up very worried about Sophia. They explained everything to her and how mean the king was to Elsa’s parents.

Elsa invited them all to the magical world; the door opened, and they went in.

Elsa was at last very happy to meet her real parents and also to have her friend with her. Most of all, she was very excited to be a fairy princess with magical powers; that way she would be able to help others.

Fairy Princess Elsa was mostly delighted because magic happens and works only for those who believe in it. And she decided to make this world a better place. 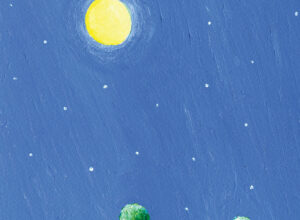 A Dream of Freedom

A soul has its freedom, But mine is hiding from me. Please help me find my freedom; I…
Salma Ezzat 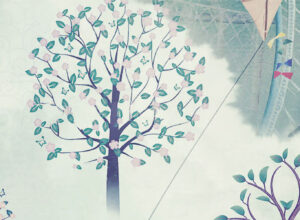 I can build castles in the sky, Past the clouds they soar. I can create, imagine, and fly,…
Mariam Bahieldin