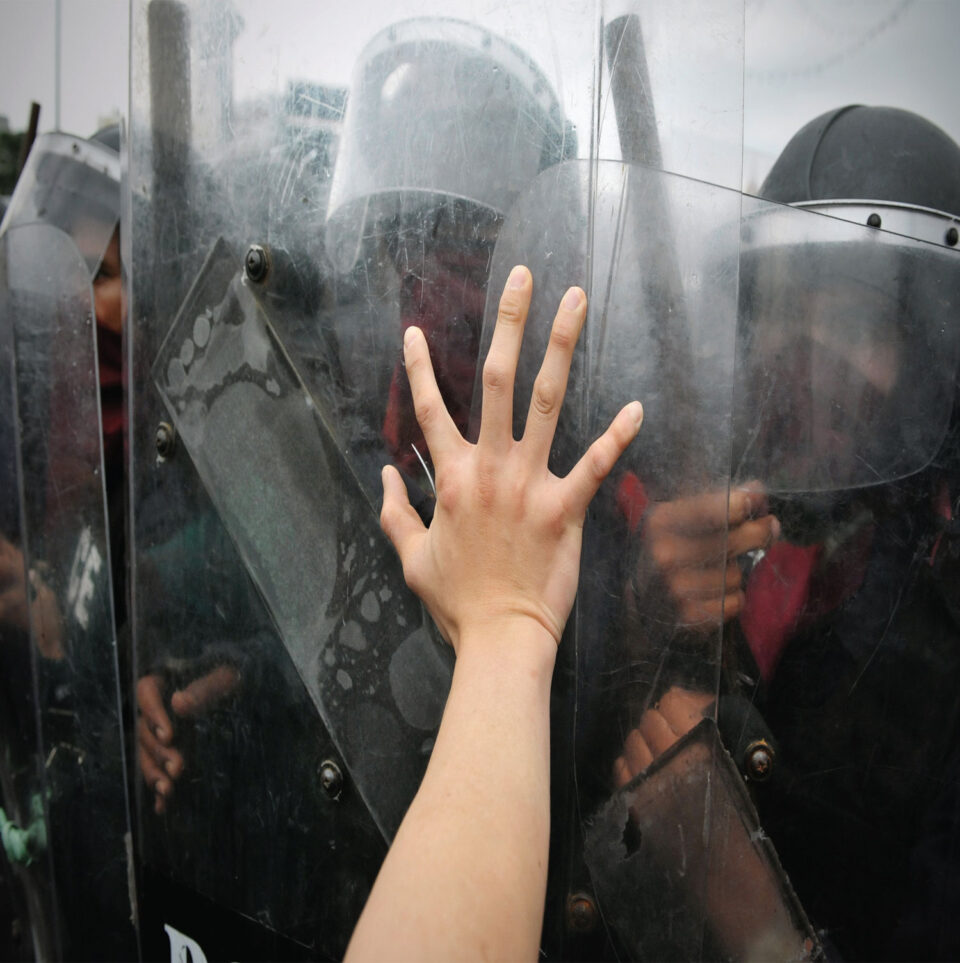 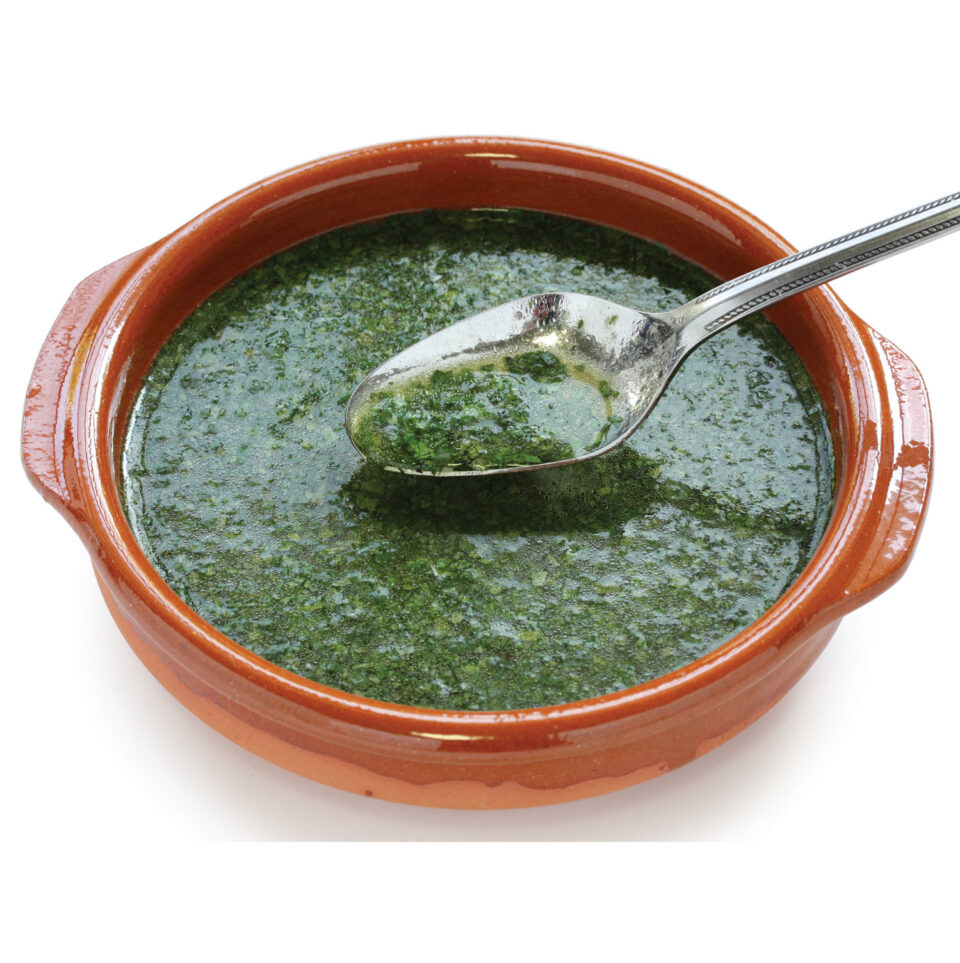 Three Nights Before the Levees Broke

The Burning of Cairo

Three Nights Before the Levees Broke

“Dear God, Roger, you need to get some sleep. That woman will be the death of you. Hehehe! The ‘death’ of you! Dear Lord.”

Roger’s fifty-three-year-old body ached as he hunched over his desk at the New Orleans Police Department that night early in September. There was a hurried knock on the door of his office and a short, skinny man entered.

“Officer Roger, sir, the doctor says she’s not well enough to be interrogated.”

“No sir, she’s not sick, but the doctor says she’s not well enough, up here, in her head,” explained the man pointing to his temple, “Says she’s talking coo-coo, sir.”

“I know what you mean, damn it! You can go now,” Roger dismissed him angrily.

Roger, the officer thought, what the hell is wrong with you? He lay sunk in his chair until it was past midnight, his short-ribbed fingers pulling at what was left of his grey hair, with his nose flat against the desk. He breathed in the cheap wood and breathed out a whole lot of guilt. Roger, you’re unprofessional. You’re disgusting, unprofessional, and a masochist. She murdered her husband, you idiot! Jesus!

Roger left the office and returned home in a haze. Visibly distracted to a near-permanent extent, he was lucky to make it home. Later into the night, as he sprawled on the living room carpet, he discovered insomnia. How uncannily beautiful it is for the body to deprive itself of sleep as the fatigued mind surrenders all logic to the pained heart. After confiding in the fireplace, the remaining corners of his wits befriended a refrigerator that was chock-full of beer. Despairingly, the more he drank the more vivid Marilyn appeared, gorgeously somber, in her satin black dress, with those pearls hanging off her ears and around her neck. And although each sip laid her lips to his, it was the violent spark in those green eyes that was his ruin. He was much too old for her. She was much too homicidal for him.

Too old for her? I’m the same age as her husband, damn it! Yeah, the husband she killed, Roger, listen to yourself! The wind continued to howl around his house, the sound dragging his mangled, intoxicated body from one hour of the night to the next. His only comfort—he sneered at the idea of “comfort” in conjunction with “Marilyn”—was that tomorrow he would see her again; “coo-coo” or not, he had to do his job; interrogations cannot wait on her to get well, nor could he himself wait to see her again.

Marilyn stepped out of the shower and walked over to the bedroom. Her warm, towel-patted body steamed against the cold air as she dressed. She carried an air of tainted sensuality; like the scent of a woman whose skin has rubbed on countless bed sheets. She had been violated by life’s cynical hatred to all that is pure. Marilyn sat naked on the edge of the bed and smeared lotion on her legs, smirking to herself at an amusing memory. She saw Jimmy and herself at a table at Antoine’s, as he pointed out the correct spoon for the dessert he had ordered her. She saw him obnoxiously smile at her, as she gasped and goggled at the ring he presented. Memories looked her in the eye daringly. Her well-kept fingers fumbled with her earrings then slid further down to the throbbing vein on her neck. Marilyn kept her index and middle finger there for a moment, feeling the slight thump of her pulse against them. She stood behind the paravent and changed into a black silk evening dress that elongated her legs and accentuated her body, and prepared herself for the night out without her husband.

“Jimmy, darlin’, come on over here and zip me up,” she called to him in a sultry, nonchalant voice.

He came over to the paravent and zipped up her dress. She walked over to the dressing table and arranged her hair in a careless bun, painted bloodred lipstick on her cracked lips, whilst taking occasional glances at Jimmy in the mirror. Marilyn kept those glances long and thoughtful, as she watched her husband fumble with some Canadian Club across the hall at the bar. With one last contemplation of the strange woman reflected in the mirror in front of her, Marilyn crossed the hall, took the cigar from her husband’s mouth, placed it in her own, and sat at the dining table in the chair opposite his. She continued to drag on the cigar and take long looks at Jimmy. She thought he looked unfamiliar.

“Are you OK?” he asked in curiosity rather than concern.

With the tone she saved for orgasms, her reply was breathless and euphoric, “Darlin’, I’m ecstatic. I’m so excited I can hardly breathe with my heart beating so fast.”

Her husband continued to make small talk, “Must be a fun party you’re invited to, huh?”

Jimmy asked the question he had really been interested in; the one he had wanted the answer to since his wife first told him four days ago about her invitation to the Johnsons’ party.

“How long will you be gone for?”

She laughed loudly. She laughed so piercingly the shrill ring echoed down the hall, the ice in her laugh chilling her husband’s body.

Yeah, the husband she killed,
Roger, listen to yourself!

“Come now,” she whispered, “I know you won’t miss me. You’ll have your hands full, darlin’.”

He watched her questioningly, “Are you drunk already? Jesus!”

Jimmy was cold, unperturbed, unhinged, expert at calcifying any rogue feelings he might experience, putting them to sleep in seconds lest, God forbid, such a thing as a conscience awaken within him.

“Yes. Lord have mercy on the pair of you,” she replied to his rhetoric with bitter ease.

Jimmy was dumbfounded; apparently, his wife had struck a nerve because he blurted out, “What pair? What are you—”

“Jimmy, spare me the crap,” she interrupted, smiling sourly and pointing to the street outside through the dining room window, “I stood out there and saw the two of you, screwing, here on this table. I couldn’t eat on it or even sit at it for weeks. I scrubbed and scrubbed, but your stink kept more than hers did; your cheap, cheating stink. I didn’t even see her face, Jimmy. I wanted to see her face, take a good look at her. I couldn’t see her face. I was real close, but I never did see her, her eyes. There was so much of her, I couldn’t take it all in, you know?”

Marilyn wasn’t feeling the relief she had expected. In fact, she felt worse. Now he knew. Her two fingers found their way back to her neck; she pushed them against her pulse for a moment. How far can a woman’s ego push her to protect it? How far can a man’s insistence to deny the truth destroy him? Tonight they both would know.

Marilyn knew Jimmy was expecting company, and she needed their separation to be as dramatic as possible; she owed at least that to their marriage. Jimmy was silenced, surprised not by her emotional and highly energetic description of his infidelity, but at the fact that she had known for weeks.

“You know, darlin’,” she continued, her voice hushing suddenly, “your fancy cigars were the only things about you that never did arouse me; they taste like shit.”

Marilyn spat out the last word as she put out the cigar, reached for her purse lying on the table, took a smoke from her pack of Newports, and lit it. She stood up and walked over to the bar. Her fingers lingered once more at her neck, in that crevice between head and heart. Jimmy did not turn to look at her; he merely stared rigidly at the table.

She moved back towards the table and wrapped her arms around his chest in an awkward hug— while he sat there with his back to her.

“Are you sorry, Jimmy, are you deeply sorry for what you did?”

Her husband heard her question as she held him that way, and thought of what a child she had become, a boring, useless child that he was fed up with. He didn’t answer her. He heard her breath blowing heavier and louder in his ear and felt one of her hands release his chest and reach for something in her purse.

“I love you, Jimmy,” she whispered to herself as she shot him in the side of the head, just as he was turning in his chair to look at her.

His head banged onto the table and lay there, the blood flowing from the hole in his skull, off the table, dripping onto the carpet. Marilyn dragged another breath from her cigarette as she put the gun back in her purse. She sat opposite Jimmy, smoking calmly and studying his bloody figure, keeping her gaze steady for more than an hour, finishing one cigarette after the other, pressing the side of her neck with two fingers of her free hand.

“Jimmy,” she called to him. “Jimmy…Jimmy…Jimmy…I’m talkin’ to you so you answer me.”

Marilyn got up and put her smoke out in the blood that was on the table. She smiled at her husband one last time, then bent down and uttered in his ear, “Oh Jimmy, you never once did answer me.”

“So, you admit your guilt in killing your husband?” Roger asked Marilyn.

“No,” she answered calmly.

“Mrs. Daniels, you were found in possession of the murder weapon mere hours after the crime scene was discovered,” he reasoned with her.

“So, you admit your guilt?”

“I stood out there and
saw the two of you, screwing,
here on this table.”

“Mrs. Daniels,” Roger began, but she interrupted him before his third attempt;

“Can you hear the storm outside, officer? The wind is sweating out there, lynching the trees limb by limb. You must hear it, officer, yes? The sound and the fury, you must. I killed him, but I am not guilty of anything.”

“I told you she was talking coo-coo, sir,” said Roger’s assistant.

“Shut up, get out,” the officer told him. He didn’t feel there was anything wrong with Marilyn’s cognition. “Why did you kill your husband, Mrs. Daniels?” Roger insisted.

Marilyn fumbled in her purse looking for a smoke, but her pack was empty.

Roger continued with his job, trying to remain professional in spite of Marilyn’s lure.

“Why did you kill your husband, Mrs. Daniels?” he repeated patiently.

Marilyn attempted to make eye contact with him but his eyes deliberately escaped hers.

“Mrs. Daniels, why did you kill your husband?”

“Do you hear the sound and the fury, officer?”

“Why did you kill your husband?”

She took a long, deep breath, and the sound of her chest as it heaved turned his eyes and fixed them to hers.

“Because he never once did answer me.” 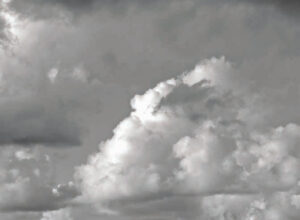 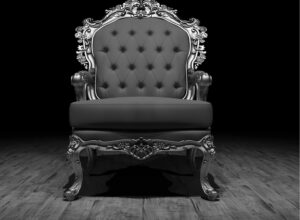