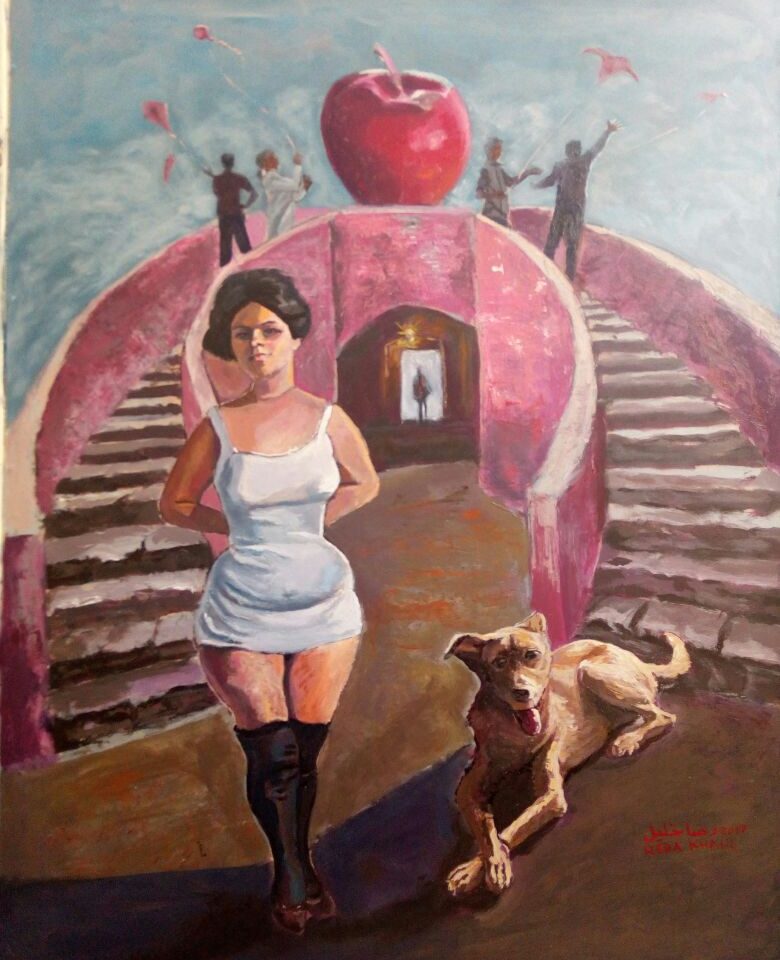 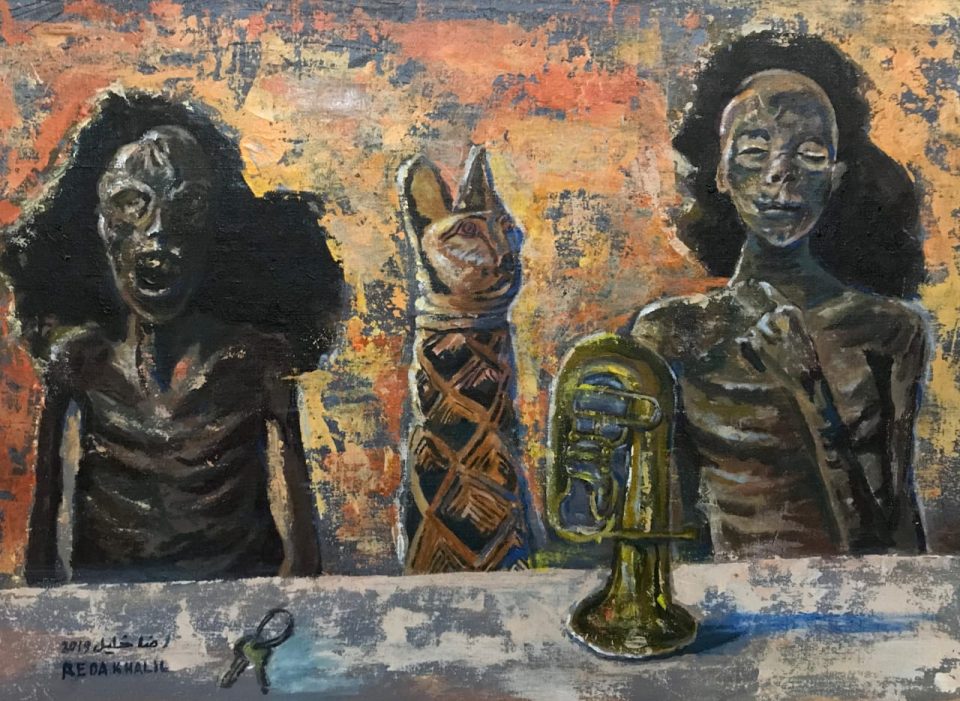 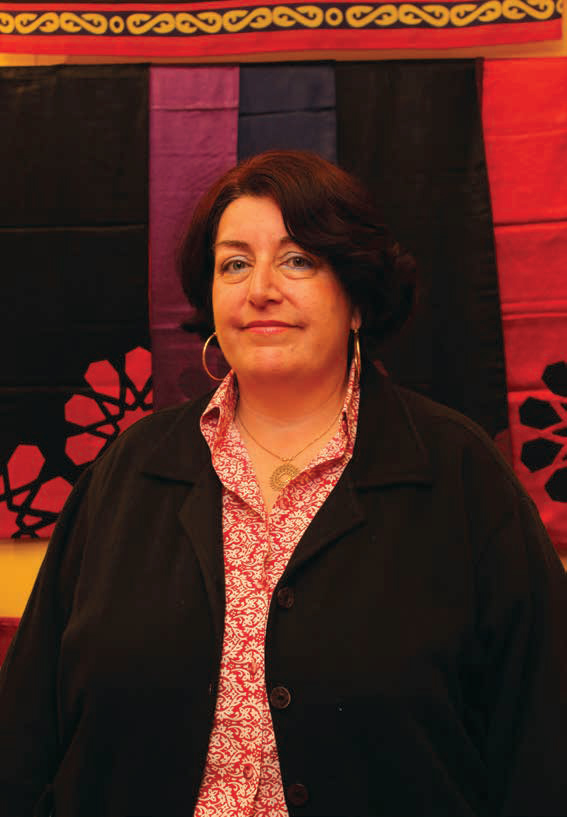 12 am: all birds were asleep, but her eyes were still wide open. The wind blew through the cracks of the glass in the shanty, filling its emptiness with swirling dust. Hagar, in an effort to escape the cold spreading within her chest, dived beneath the few layers of her dirty sheets. Her mattress was like an ocean pulling her deeper into its core, where she drowned in the wetness of its solid pillows. The strident voice of the crickets outside the window rang deafeningly into her ears, as though they were right above them. Nothing else could have been heard there, not even the sound of her own thoughts. The hut smelt like an ancient grave, whose corps kept rotting over the years but never decayed. The whole neighborhood was haunted by an inexorable odor of sweat and filthy blood, repelling all pests away from the city. It was their homeland, and that of millions of other species that nobody have yet cared to discover — they were inexistent.

“HAGAR,” shouted an old man across the window. Lethargic, she looked at him with her moist eyes, from which a vile white goo discharged frequently. “Give me a minute, Sayed.”

The wind blew harder against her bones as she removed the sheets from above her body, but it was too cold to abandon the slightest warmth her mattress provided as it lay lonely on the floor. She arbitrarily wore a pair of plastic slippers, which she had found beside a garbage can in Dokky square a few days earlier. Despite their worn-out condition, something about them had a fancy appearance incompatible with her dirty toenails and the dead skin above her feet, which cracked like the driest arena of the Sahara desert. She marched her way towards a small broken mirror that hung beside the window by a rusty nail, where she saw the same dull reflection every night. She slowly poured some water in her hands from a small container on the ground and splashed it on her face. The drops felt as though they watered seeds underneath her flesh, ones that could have bloomed into the most extraordinary flowers. With the back of her greasy sleeves, she wiped her mucous nose and her wet face, attempting to remove the dirt upon it, but it was inevitable. She then picked a black plastic bag, from which she extracted a small red tube. It was a cheap-looking lipstick that she stole from the handbag of one of her fellow apprentices (as they were called) while she was on duty. She looked at herself holding the cosmetic product in her hand; she was beautiful. Her skin was as white as dirty snow and in her eyes lived the moon. She carefully observed her face, from which she noticed that she barely recognized its features. Something about her appearance was different than that of any other night. Her cheekbones were sharper than she had remembered and her left eye was slightly swollen. She couldn’t recall what may have happened, but it did not matter anyway, for nothing could have excused her from walking the streets tonight.

When her lips were red enough that one would have thought that she painted them with blood, she returned to her plastic bag, from which she took a very good-looking ribbon. It was scarlet, with a golden contour around its edges that gave it a superficial sense of royalty. She assumed that it belonged to her mother, as they had told her that she was found with her hands laced through it. It was the only thing she treasured in that plastic bag and the one she held when she sobbed at night. She wrapped it halfway around her tangled hair, which was rather too frizzy to be contained by such a thread. It used to be black, but the mirror reflected its greyish tone that perfectly matched the growing wrinkles upon her face. For though she was only fifteen, her eyes had witnessed what elders had not dared to see. Something about them contributed to her filthy look, giving her the value of a gum that has been chewed under too many teeth that it has lost its taste. She later got a red dress from a small dusty suitcase beside the mattresses that Sayed gave her as a treat after she returned from her first duty. The dress —  already very small in size — was too big for her meager figure. It merely covered some of her flesh, which was the only thing she owned to sell. Over it, she wore a long black jilbab just as dirty as the ground it laid on and marched her way outside the door, into the slums.

Sayed was waiting for her at the end of the street beside his parked Suzuki. He was an old bald man, about fifty-four, with a strong body built. Hagar grew up with him and his wife Hosneya after she was found, until she hit puberty; after that, the two women couldn’t live in the same nest. Hosneya accused her of ‘stealing her husband’ after she caught them together in bed one day when she came back from work early. But Hagar was not her only competition, for her husband found his youth in the little ones, as he stole their innocence away.

“What took you so long?!” Sayed complained angrily. “I was getting ready,” explained Hagar. “Dear, you still look as dirty as I have left you. You don’t want me to look bad in front of my clients now, do you?”

He held her face with his big rough hands and wiped her cheeks gently. “Just as good as new,” said the old man, satisfied. Hagar looked at him with her large brown eyes, “I don’t want to leave tonight, Sayed. I am not feeling well.”

He sniggered sarcastically. “O of course my lady, please do rest in your bed and I will warm you some soup,” Sayed said, while violently dragging the girl into the vehicle by her arm.

“Just tonight Sayed, I beg you,” cried Hagar, but she knew that there was no use. Sayed dropped her off at Dokky square every night, where she had to walk all the way to Lupenar Street and make him some money. Despite the bitter destination that awaited her, Hagar enjoyed this trip very much, for it was another dimension of a world that she had seldom known for what it was.

She was walking along the long sidewalk of Elgohary Street, her dirty slippers contaminating its pure ground. Her legs were in pain, and it felt as though the road stretched out to infinity. It was dressed with dozens of sunflowers and plants that only grew for those who are close to the reservoir, across the other side of the dam. The shining streetlights that glowed vividly like candles as they reflected in her eyes. All walkers seemed to be very busy, in a world of their own. Beside them were the vitrines of countless shops that stood side by side, manifesting the finesse of their products. Hagar once entered one of them on her way back from duty. It was perfumed by a smell that her nose failed to forget, like that of the hospitals and hotels that she could only imagine. Skirts, blouses, and dresses all hung around it respectively, each priced at triple the value she made in an entire month. But it would not have made such a difference, for such clothes never suited her body’s size. Each pair of eyes redirected their vision towards her as she entered that shop, all surprised by her audacity, and she was promptly expelled from the building by a short corpulent man whose appearance reminded her of Sayed. They were not as different — she thought, for one sold the mannequin and the other sold her cloth.

At the corner of the street, there was a toyshop called “WorldGamz.” Hagar always stood outside its glass for a minute or so to watch the ‘A.R.A.B show’, where a little red train followed a long circular path that terminated where it initially started. There was a bitter pleasure in watching it, for it never went a different direction no matter how many rounds it played and the players were never given more rails. This time, there was a little boy standing before it, whose body was big enough to cover it completely. He looked around 10 or 11 years old, with a double chin and a belly dangling down his thighs. He held the hand of a fancy-looking woman  talking to a cubic device that she held against her ear with the side of her shoulder, as she paid the cashier a handful of banknotes. The little boy redirected his sight towards Hagar, as she advanced closer to the shop glass and placed her hands upon it. Her eyes were fixed on the money being traded, for she had never seen that much of it before. Somewhere inside her, she longed for someone to hold her close and pay Sayed for her, but she knew that no prince would know his way to the slums, for it was not a place found on maps. He left his mother’s hands and approached her slowly until he was right in front of her. They were the same height, yet she felt as though she was a lot shorter than he. The fat boy placed his hands in front of hers from the other side of the glass and they exchanged the most compassionate stares.

“SAYED,” screamed the women beside the cashier. Lethargic, he looked at her with his moist eyes, from which a vile white goo discharged frequently. “Give me a minute, mom,” replied the boy, keeping eye contact with Hagar.

She shed a faint smile across her face, with red paint cracking her dry lips as they stretched  apart. The wind was getting stronger, and she was no longer able to stand on her bare feet. She unattached the ribbon from her hair and waved it in the air carrying its current. The boy watched it fly away… and even further away. And when he looked back at the girl, she was no longer there.

Artwork is courtesy of Reda Khalil.

At the time of submission, Safaa Ali was a grade 11 student at the American International School in Cairo. 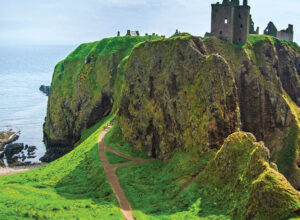 “All I hear is the shuttling of the waves. They are like thoughts; with each crash they chant,…
Mahmoud Mansi 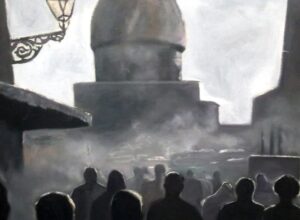