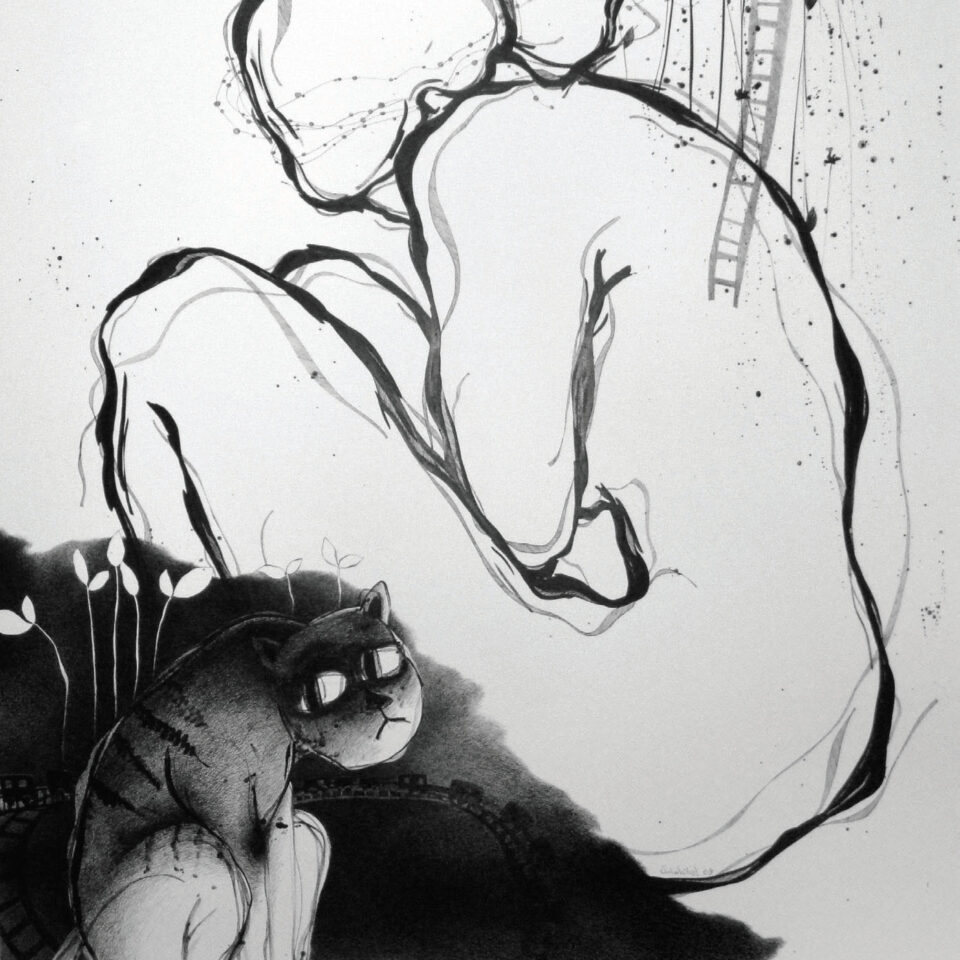 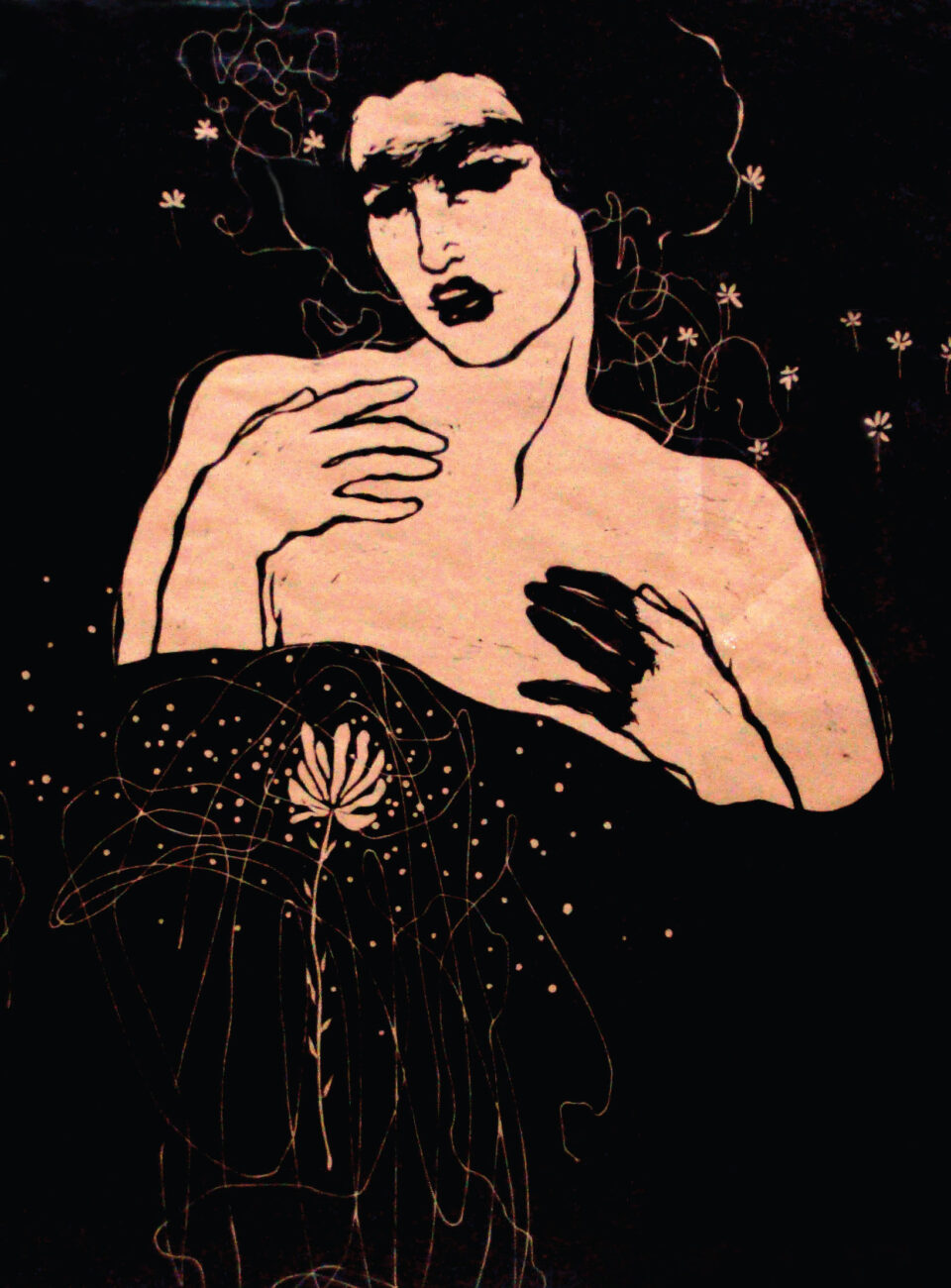 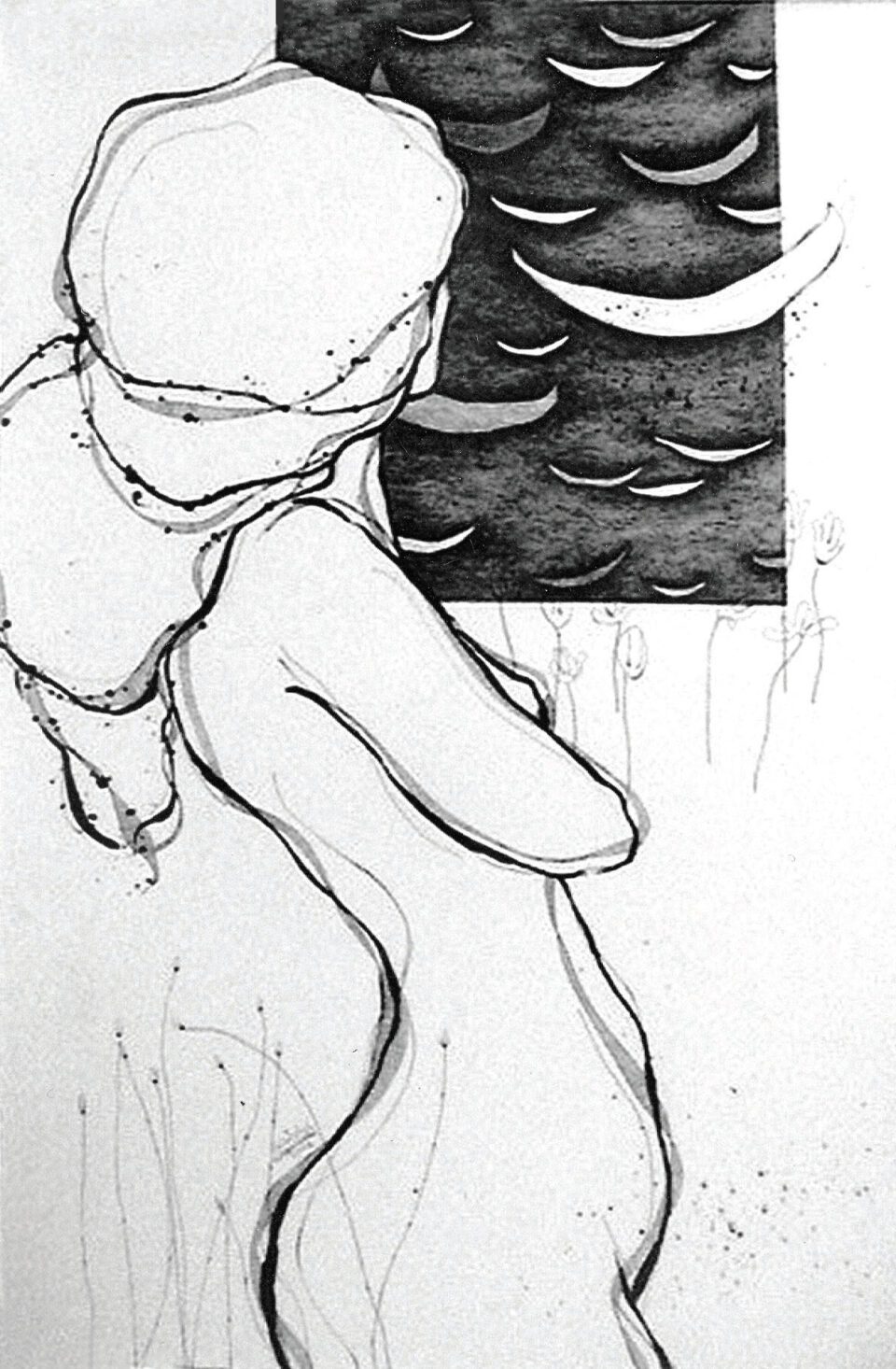 Swirls of fiery orange beautified the sky as a blazing summer sun slowly descended. Like a graceful ballerina pirouetting on the glistening surface of her water stage. Curtsying farewell to her fellow early risers and adoring fans, the fishermen of al-Anfoushi[1]Al-Anfoushi: one of the oldest fishing neighborhoods in Alexandria, Egypt.. Her parting a token signifying that their arduous day has come to end.

Time to dock their vibrantly handpainted wooden fishing boats, embellished with intricately calligraphed folklore proverbs, as they gathered and jokingly showed off their catch of the day. Overlooking the taintless calm emerald blue waters of the Mediterranean, wooden kiosks were peppered on both sides of al-Anfoushi corniche. Rustling sounds of handwoven, rainbow-colored galabiyas adorning the voluptuous bodies of the fishermen’s wives, as they pranced their way through the street vendors’ merchandise. The fused scent of the crisp salty sea, roasted sweet potatoes, grilled corn, and freshly brewed tea wafted heavily, engulfing the corniche, like a protective mother shielding her children from the outside world.

In the tear-struck eyes of nine-year-old Hassan, there was no beauty, only flaws; no striking colors, only drab, washed away colors. No joyous singing, only deafening, eerie sounds. The vendors’ loud, welcoming demeanor seemed barbaric and intrusive. The warm evening summer breeze weighed heavily on his shoulders, disabling him from moving. It felt like his youthful body had been abducted by aliens, only to be replaced by one of a crippled old man.

Dumbfounded that everything he loved about this place now repulsed him. Even the colorful fishing boats that never ceased to spark his interest, until now that is. Today, he could only see the chipped-off paint and the boats’ depressing downtrodden state. Venturing out here without her, made him believe that she was a fairy-like artisan, gifted with a magical paintbrush and an eclectic colorful palette that wondrously metamorphosed al-Anfoushi into a framed portrait of vibrant hues, warmth, joy, and serenity.

Mama, I thought that if I came here to our favorite place, I would find you waiting for me. Mama, why did God take you to live with him up in the clouds? Did you get tired of me? Is it because I always forgot the toothpaste tube uncapped? Or is it because I haven’t been taking out the garbage like I promised? If you come back, I will be good and do anything you ask. But if you like it up there, maybe you could ask God to bring me to live
with you?

Please Mama, I don’t want to go live with khalto[2]Aunt, specifically mother’s sister. Azza; she scares me and her oversized black-horned glasses make her seem more waspy than human.

May El Khishen is the Editorial and Corporate Manager of Rowayat. She’s a born and bred Alexandrian with a passion for the arts, be it filmmaking, music or painting. She has a marketing degree and has worked as Managing Editor of Campus Magazine and Deputy Managing Editor at Egypt Today. She currently freelances for several art publications, both in and out of Egypt. 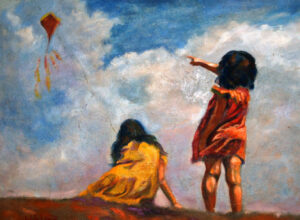 My blue days have outnumbered my “other color” days, I look forward to a day with other hues,…
Amina El Karamany 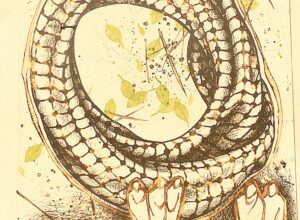 Welcome to the Military

Jonathan took an interrupted deep breath that consumed all the energy he had, and stepped into the dreaded…
Baher Ibrahim