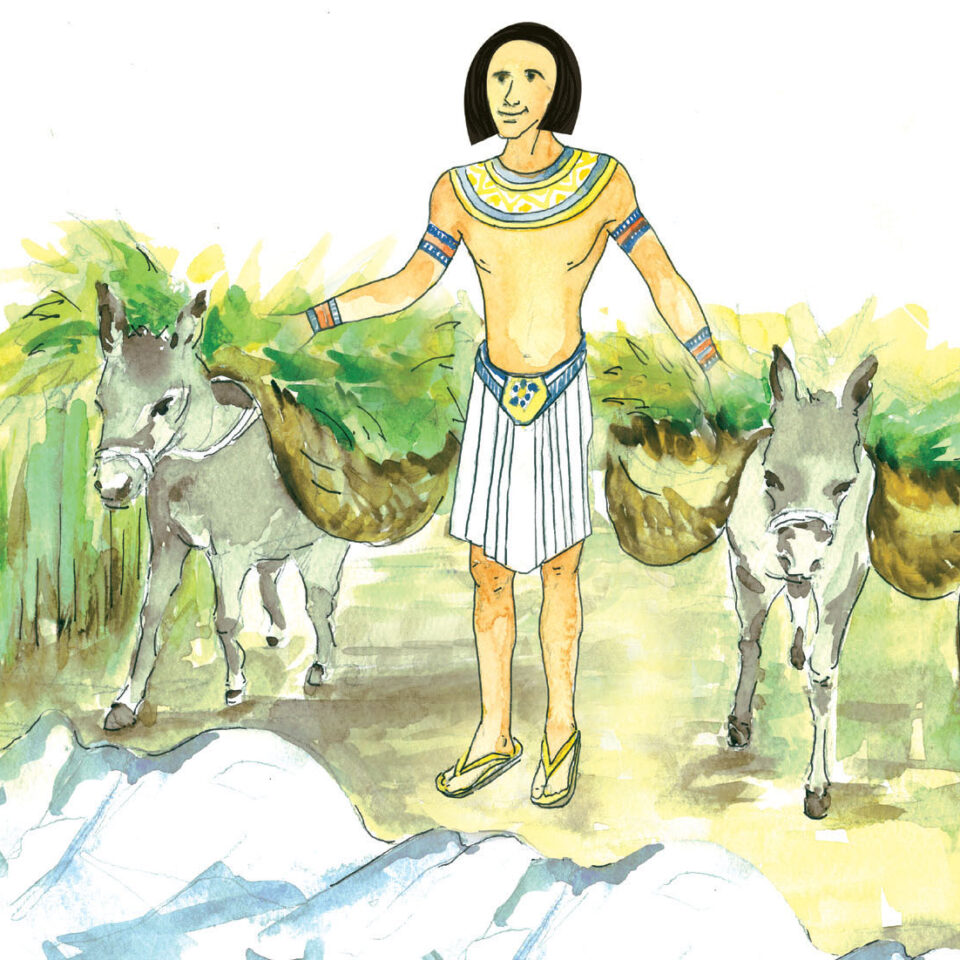 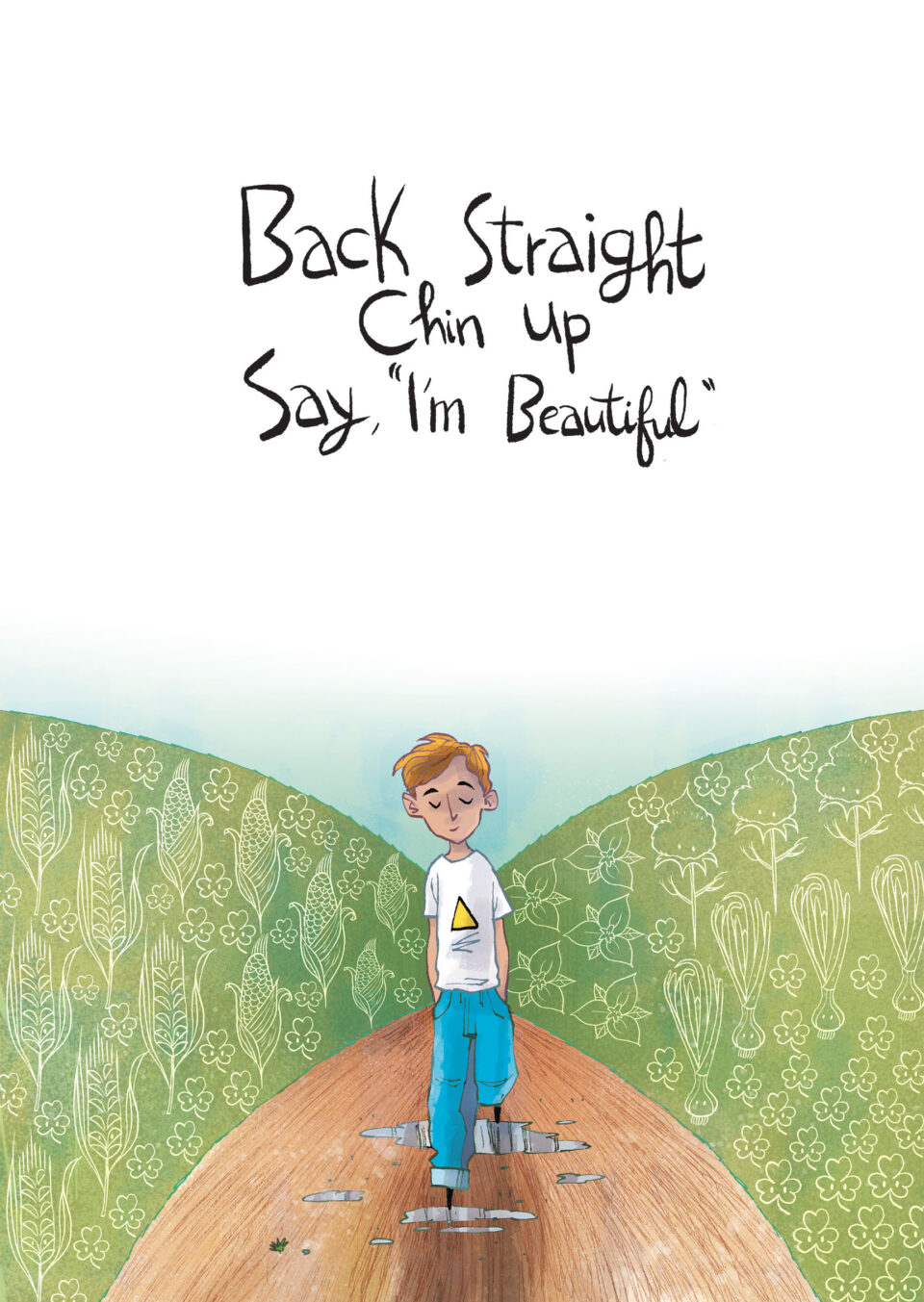 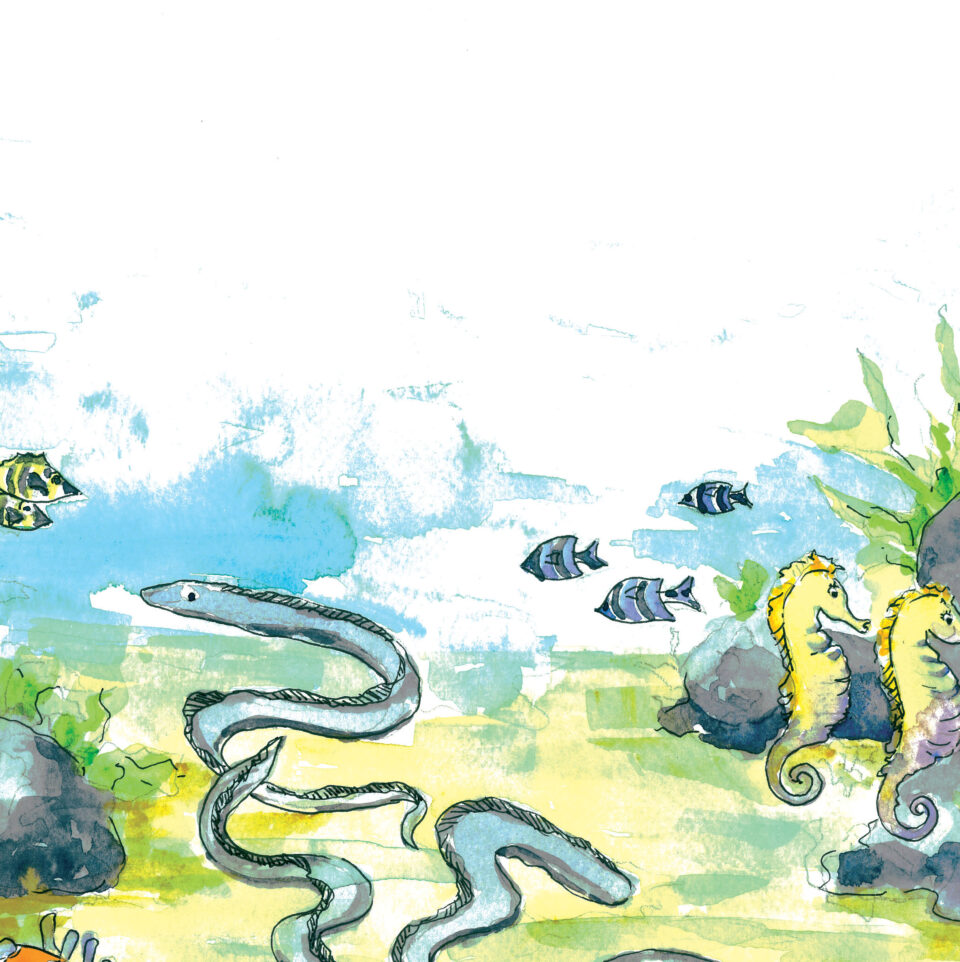 Once Upon A Time

Once Upon A Time

“It’s unfair” are words we often say when something doesn’t happen exactly the way we want it to. We all feel we deserve to be treated with justice and to enjoy the same rights as everyone else.

Fairness, equal rights, and justice are universal goals, but when did people begin having these needs? Where did these thoughts first occur? Let us read a story about justice from ancient Egypt and see how a simple peasant expressed his belief in the importance of fair and equal treatment.

The Tale of the Eloquent Peasant is a famous poem from the Middle Kingdom (2040–1750 BC), the “classical” period of ancient Egyptian literature. [1]Raymond O. Faulkner, Edward F. Wente, Jr., and William Kelly Simpson, The Literature of Ancient Egypt, (London and New Haven: Yale University Press, 1978)The opening of this story can be found on a papyrus known as Papyrus Butler at the British Museum[2]“Papyrus with part of the tale of The Eloquent Peasant,” The British Museum, accessed October 17, 2014, … Continue reading in London.The story represents a kind of literature that flourished during the Middle Kingdom to encourage the rulers to govern justly.

The Tale of the Eloquent Peasant

Kan yama kan at the beginning of time and zaman, in ancient Egypt, truth and justice prevailed in the form of a goddess named Ma’at who watched over all the acts of the people and held them accountable for them during their lives and in the hereafter. This is one of the stories about ma’at (justice) in ancient Egypt.

Kan yama kan: Once upon a time.

Ma`at was the goddess of truth and justice in ancient
Egypt. Her symbol was a feather that represented
justice. This was the feather used in the imaginary final
judgment to distinguish truth from falsehood and to
determine the fate of the person in the afterlife. 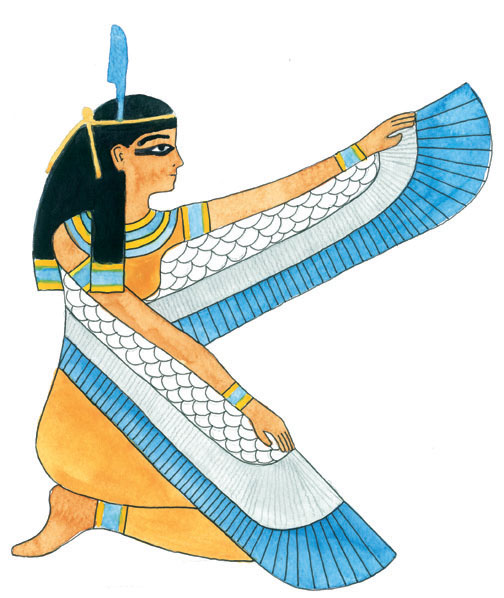 There once was a peasant named Khunanup. He lived in Wadi Elnatroun, a green valley on the desert road to present day Alexandria. To make a living, he traded the products of his region, such as salt, natron, reeds, and different plants for food. Every year at the end of the season, he went to the provincial capital of Herakleopolis to sell his goods. One day, he loaded his donkeys and bid farewell to his wife and children and started his journey to the capital.

Ancient Egyptians had three farming seasons: the flood season, or Akhet, from June to September; the sowing and growing season, or Peret, from October to February; and the harvest season, or Shemu, from March to May.

Herakleopolis is the Greek name of the twentieth nome or province of ancient Egypt. Today, it is situated around 300 km south of Cairo, the capital of Egypt. Traces and ruins of settlements were found there dating back to 2970 BC.

After a while, he came upon a narrow section of the road. The pathway was covered with a large cloth. The pathway and the cloth belonged to a man named Nemtynakht, who was the overseer of lands for a high official named Rensi. Nemtynakht was a greedy man, who had seen the donkeys of 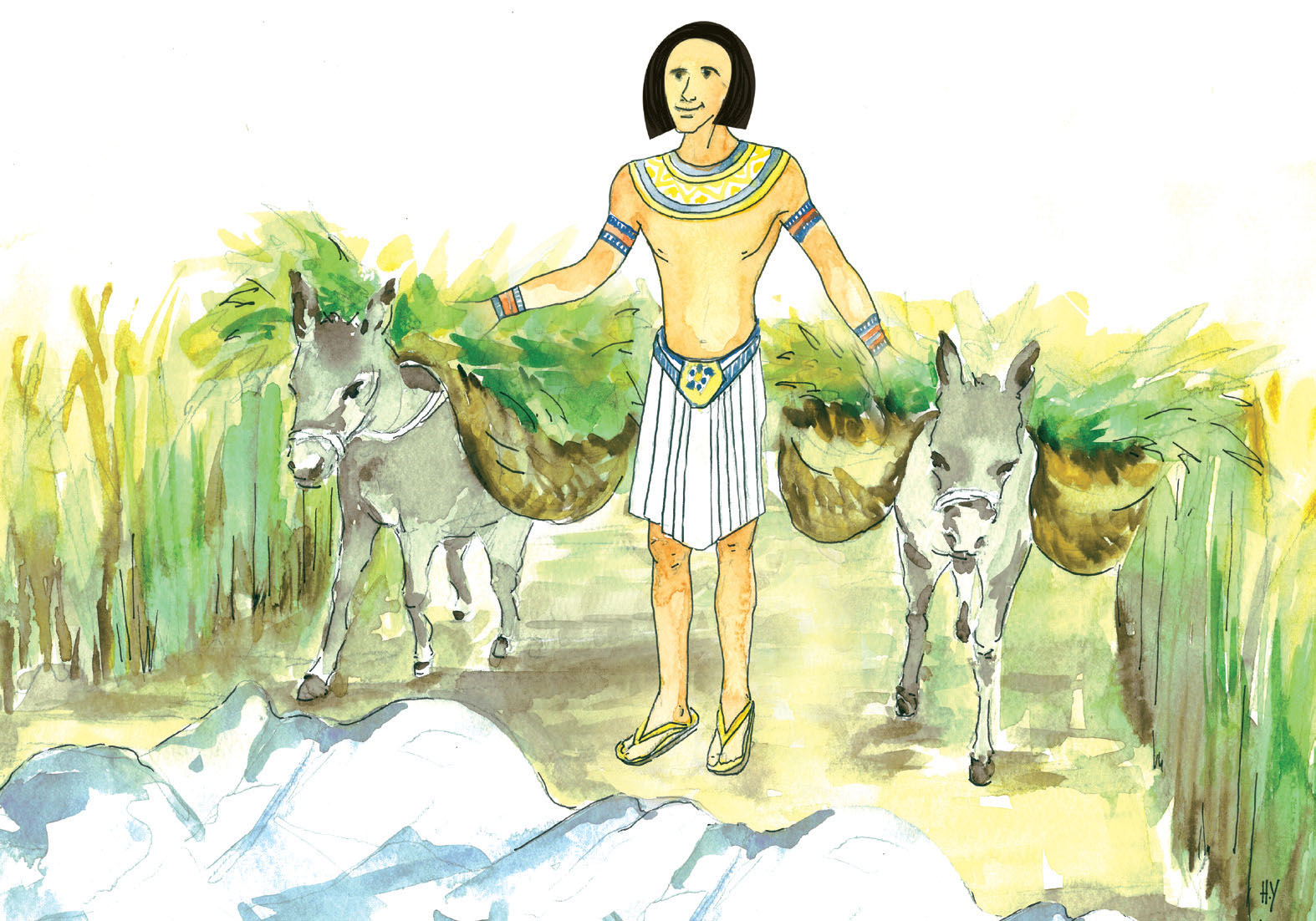 Khunanup and admired them. He thought, “Ah, it would be great if I could take those donkeys from the peasant. After all, this is a simple, weak man who won’t be able to do anything about it.” He therefore stretched the cloth over the narrow path, thinking that the donkeys would stray into his crop and perhaps have a bite, and this would be his reason to take the donkeys.

When Khunanup approached the path, he noticed that if he led his donkeys off the path and toward the waterside, they could fall into the water. He asked Nemtynakht to remove the cloth so that he could continue his journey, but Nemtynakht carried on with his plot and refused to remove the cloth. Khunanup then walked carefully with his donkeys off the path and through Nemtynakht’s fields. As Nemtynakht expected, one of the donkeys ate some barley and Nemtynakht immediately took the donkey from Khunanup in return for the eaten barley. Khunanup tried to discuss the matter with Nemtynakht, but instead of accepting the negotiations, Nemtynakht beat him with a stick and took all his donkeys and his harvest, too.

Khunanup petitioned Nemtynakht for ten days without any success. He then went to Herakleopolis to petition Rensi, the high official for whom Nemtynakht worked. Rensi asked his judges to study the case. The judges could not support Khunanup as there were no witnesses to verify his words.

Desperate and helpless, Khuananup started narrating his petition to Rensi to explain his case. He said, “Oh high steward, Rensi son of Meru, greatest of the great and guide of everything, if you go down to the lake of truth, you shall sail on it with a fair breeze, your ship shall not lag, the current shall not carry you off, and you shall not taste evil. I speak so that you may hear: Do justice.”

When Rensi heard the beautiful lines, he was filled with so much joy and enthusiasm for the words uttered by Khunanup that he decided to go to the Pharaoh Nebkaure, and share with him the wisdom of the simple but eloquent peasant who had written so movingly about ma`at.

Nebkaure is a pharaoh who is believed to have ruled
during either the ninth or tenth dynasty of ancient Egypt.

Nebkaure was impressed and ordered his servants to ignore the peasant so that he would continue pleading and petitioning. Nebkaure also asked them to write down all of Khunanup’s eloquent petitions. The pharaoh then ordered his servants to send provisions to the peasant and his family, but without letting them know that they came from the pharaoh.

Khunanup kept reciting the beautiful words of his petitions in front of Rensi’s house. He wrote ten petitions. In each of them, he referred to one of the aspects of justice.

In one of his petitions, he said, “O steering oar, do not diverge! O beam, do not tilt! O plumb line, do not swing away! A great lord takes possession (only) of that which has no owner. . . . Act as a shelter that your coast may be clear. . . . Be accurate with your tongue that you may not err. . . . Wisest of all men, are you ignorant of my circumstances? Bringer to shore of all who are drowning, save one who is shipwrecked, rescue me from . . .”

In another petition he told Rensi, “The doing of justice is breath to the nose. Do punishment to him who ought to be punished.”

The high official still did not reply to the petitions of Khunanup so that he could hear more of his wise words. He asked his servants to continue recording what the peasant was saying.

Khunanup complained four, five, six times, and in his seventh petition, he said, “You are the steering oar of the entire land, and the land sails in accordance with your command; you are the companion of Djehewty, who judges without partiality.” Khunanup went on to use stronger and stronger words in his petitions, so that he might convince Rensi. He said, “Now my utterance is achieved, my misery is concluded in your presence; what more do you want?” Khunanup described to Rensi what fair leaders should do: “Magistrates should be expellers of evil, lords of good.” 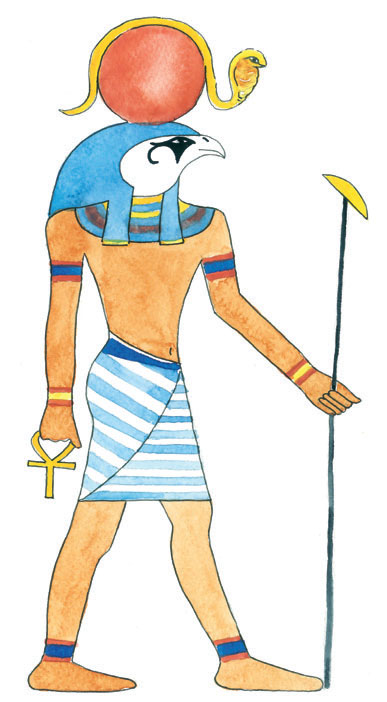 Ra: Great God of the Sun
Djehewty was the god of wisdom and the scribe of the
gods in ancient Egypt. He was the one who recorded the
final judgment. 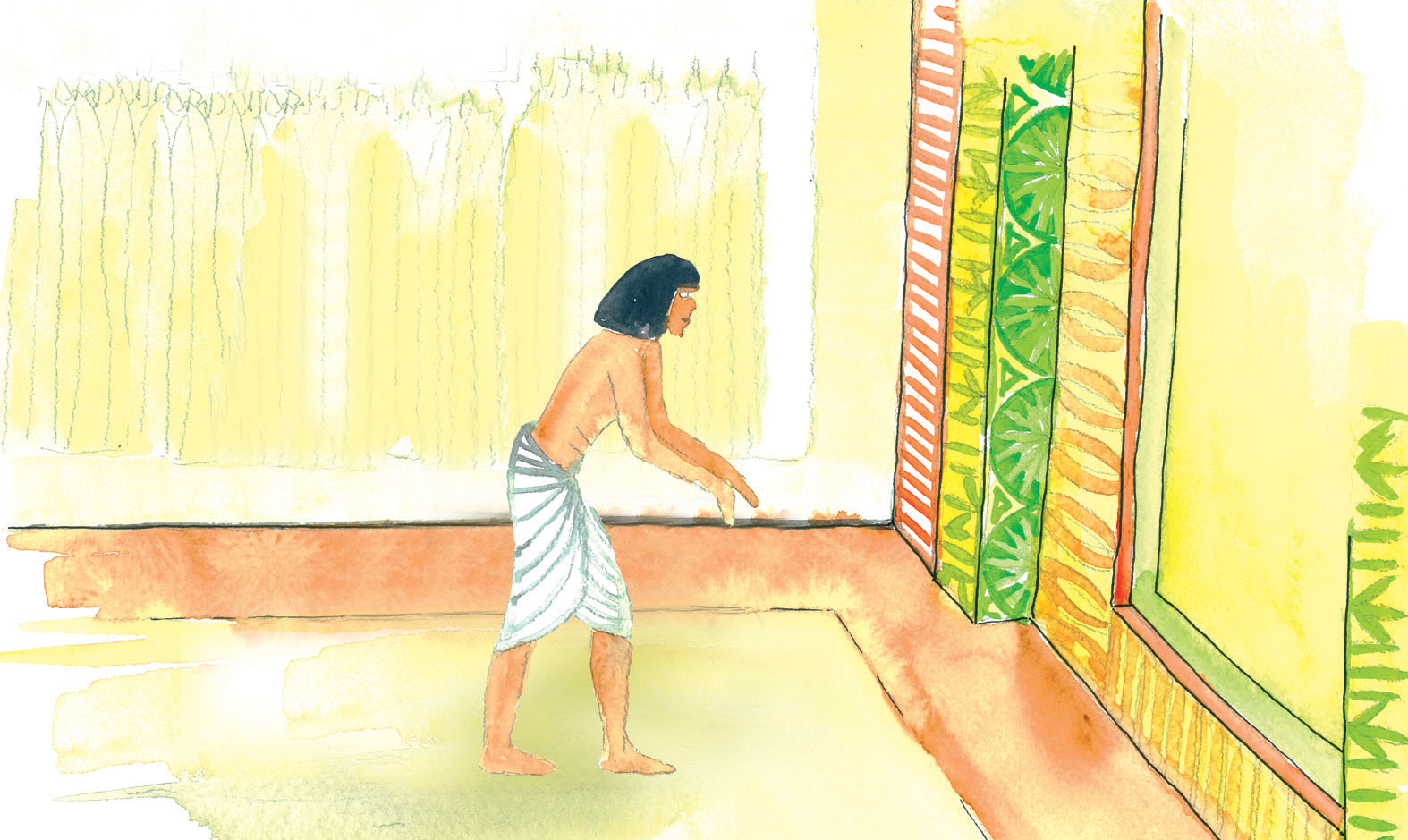 He ended his ninth petition with the following words: “You give me no reward for this goodly speech, which comes forth from the mouth of Ra’ himself! Speak justice, do justice, for it is mighty, it is great, it is longenduring, its trustworthiness is discovered, and it leads to the blessed state.”

Re, or Ra, was the great god of the sun in ancient Egypt.

Khunanup had petitioned nine times, and when he still heard no reply from the pharaoh, he gave his final petition. In this one, he said that if he couldn’t get ma`at in this world, he would present his petition in the next world before Anubis.

Anubis was the god who invented mummification and
guarded the dead. He also attended the final judgment
and was often shown adjusting the scales in illustrations. 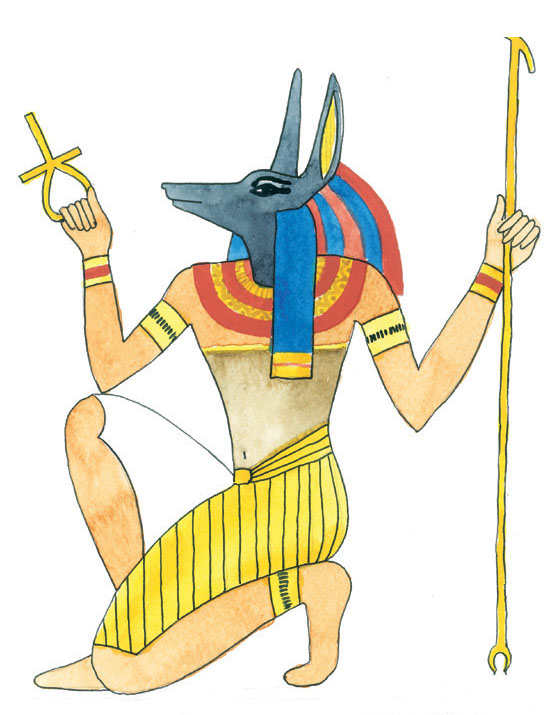 When the pharaoh heard the tenth petition, he told Rensi to make his judgment. The judgment was to give all the possessions of Nemtynakht to Khunanup and to give him Nemtynakht’s job as well.

The ancient Egyptians recount this happy ending to show that if people are patient and persistent, they can achieve the results they want no matter their station in life. Khunanup was a humble peasant, and yet he didn’t give up; he was positive and determined enough to take action. He believed that his voice should be heard.

For the peasant Khunanup, the high official Rensi was the leader, the oar, and much more. Rensi represented authority and power. This power was not absolute. On the contrary, it was justified by the responsibility of the leader toward his people. He was the one accountable for establishing justice and fairness on Earth. Do you think that ancient Egyptians used the word “unfair” as frequently as we do now? If you were in Khunanup’s place, would you have acted as he did? If this symbolic incident had happened in our time, anywhere in the world, would the leader have listened for so long to the peasant?

Kan yama kan at the beginning of time and zaman, the ancient Egyptians had a great civilization. Their society did not depend solely on art, architecture, innovations, and inventions. It was all built on ma`at, or justice and truth. Is it possible that this story might be the origin of all human rights that we are seeking today? Does it address social and political justice, transparency, and equity? Would this peasant be able to claim his rights now, in the very same way and in only one month, like Khunanup? What do you think?

E-mail your thoughts and ideas to Rowayat to share your wisdom.

Herself a child at heart, it was Jailan’s dream to create Rowayat Gemeza, a journal that looks at the world through the eyes and dreams of children. 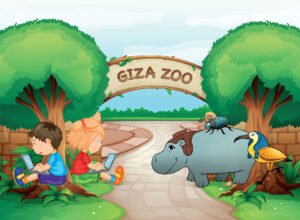 The Three Discoverers: Khepri, Taweret, Djehewty For many years, a beetle, a female hippopotamus, and an ibis lived…
Jailan Abbas 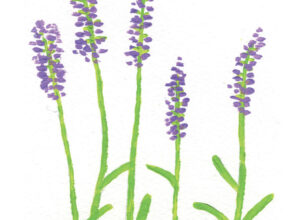 Mr. Blaah got up sluggishly from his bed. He did not want to wake up. He put on…
Elhamy Naguib