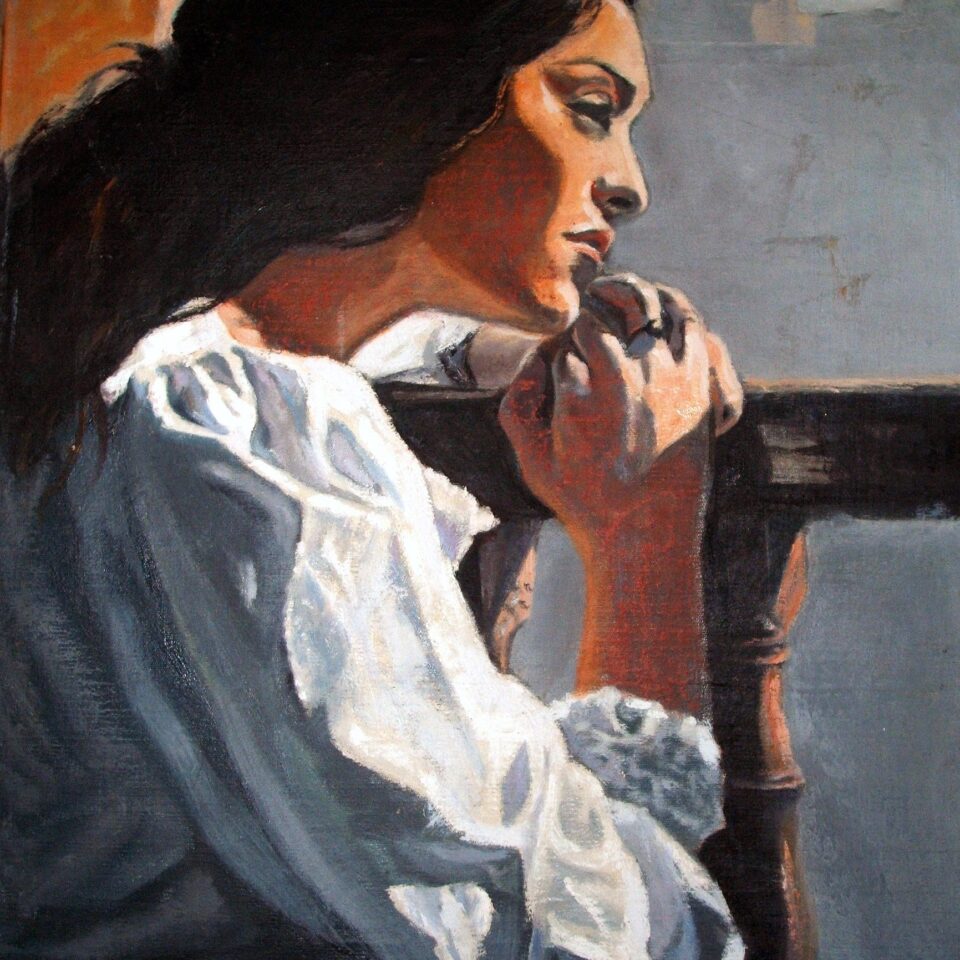 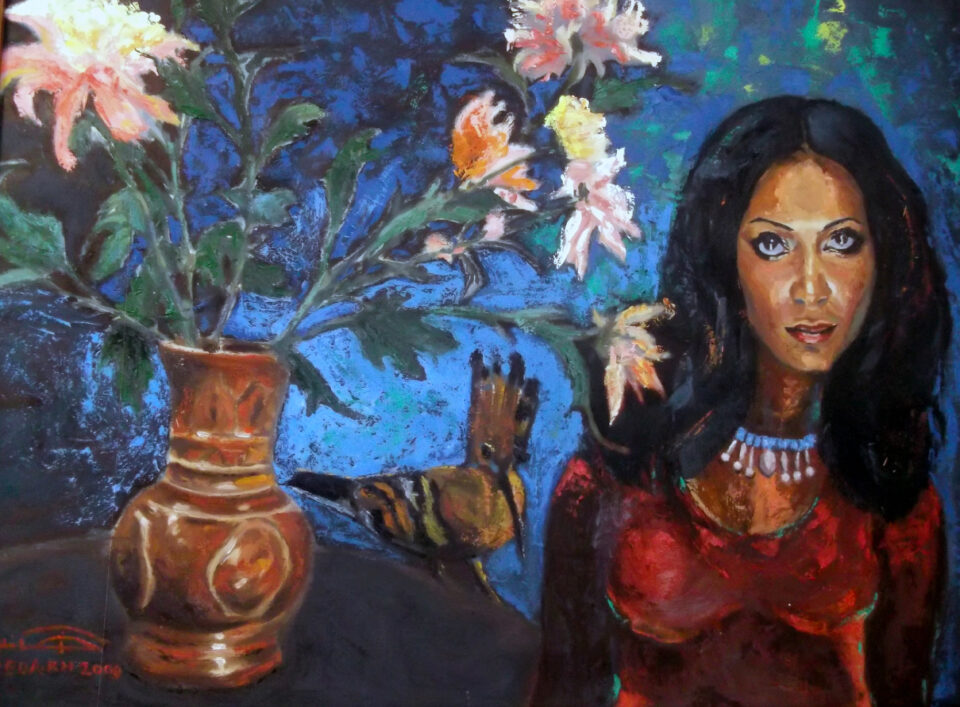 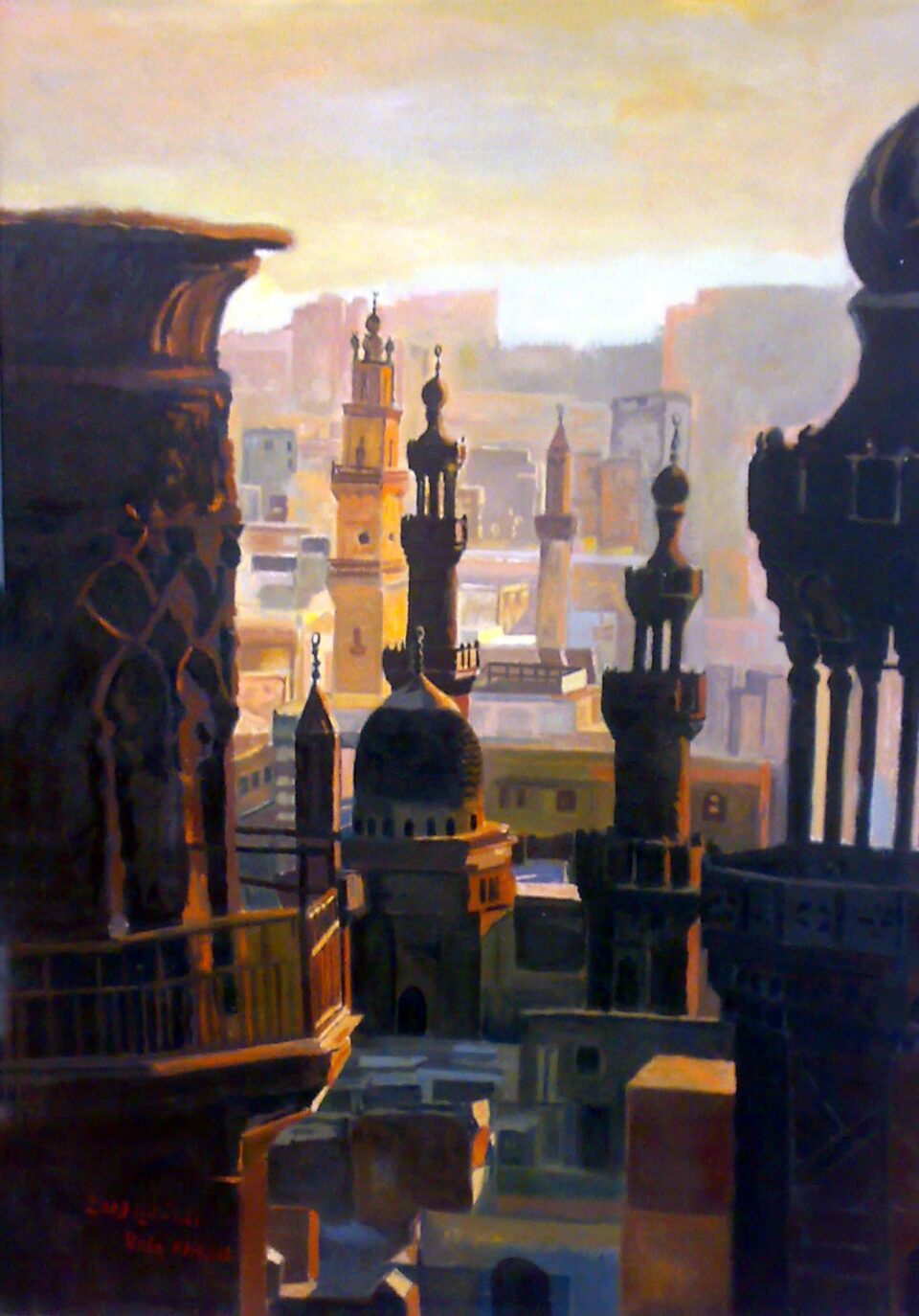 Stone Walls Do Not a Memory Make

Stone Walls Do Not a Memory Make

The rooftop apartment in the picture of Lila has no walls or ceiling. I took the picture in the Beirut suburb of Sioufi a few weeks ago. Lila had come back to Lebanon from Montreal after an absence of thirty-five years. I log on to my computer and prepare an email message, attaching the picture. In the subject line I type: “What is left of home.” Then I delete it and type: “Stone walls do not a home make.”

The service taxi had dropped us off at the Church of the Virgin. We climbed up the hill to the Sacred Hearts School. It was a Saturday afternoon and the street was quiet.

“My school,” cried Lila, delightedly, then she paused. “It looks like it has shrunk. In Canada, everything is bigger.”

“It is you who were little at the time,” I say, remembering the child she was, her long thick blond braid tied with a green and red taffeta ribbon and dancing on her back. Her family had fled the country and its wars to immigrate to Canada when she was fifteen.

We walked past the empty school to the top of the road and took a right turn. She stopped and pointed to a building at the other end of the street. There it was, exactly as I had known it forty years earlier, when Lila’s family had hosted ours while we looked for an apartment. We had just returned from our own last immigration to Australia. Lila’s mother and mine were both Greek, and had known each other since they were young girls in Egypt.

It had been a very small apartment, but spacious in its tenderness. It sat like a jaunty beret atop a 1960s building. The balconies were decorated Mondrian style with big squares of red, yellow, and blue tiles. The building, as we approached it, was intact, except for the top floor, which was missing. Two shells had landed on the roof during the Israeli invasion of 1982 and annihilated the little apartment.

We walked to the foot of the building. The taxi office and the green grocer were still there. At the entrance of the building were some bushes. Lila plucked a creamy blossom and smelled it.

-Amazing. Even the honeysuckle bush is still here. Only we are gone…Remember my friend, Gina Levy?

-Of course. She went to our school.

-That’s right! She lived in that building there, practically stuck to ours. I would look down into her bedroom window and we would spend hours talking to each other from our balconies.

-Any idea where she is now?

-She went to Panama when the war started, and then I lost track of her. A couple of years ago, we found each other on Facebook! Can you imagine? Turns out she hated Panama and went to visit relatives in France. She met her husband at a gathering of Lebanese Jews there, and she lives in Paris now. She has two boys, both studying in New York. Like me, she feels she belongs to no single place. I mean, who are we? Are we Egyptians? Lebanese? Canadians? Panamanians? Greek? Now that I find myself here at this moment, I guess we are all these things.

-And we are held together by the memories of this place, once upon a safe time.

– We are not from countries and communities, but rather from the remembered spaces that were our birthplaces in Alexandria, or our homes in a neighborhood in Beirut, growing up, chatting from our balconies, before everything we knew disintegrated, and we had to go out into the world.

-The apartment. She glanced up.

-But there is nothing there. The apartment is gone, destroyed.

She followed me silently. We got into the elevator and pressed the button for the seventh floor. Nothing happened. We tried the sixth. The elevator started up, creakingly. She laughed.

-It used to sound that way thirty-five years ago!

The elevator stopped with a bump and we stepped out onto the narrow landing. We started climbing the stairs to the seventh floor. The door of the elevator was blocked by a pile of debris. We stepped over it and climbed four more steps to what used to be the front door of the apartment. The wooden door was laid down horizontally and covered in rubble: plastic water bottles, a cooking pan with a hole in it, a dead potted plant, a flower box flaunting a vibrant green jade plant, and, to the side, two window frames, carefully placed one on top of the other.

We held each other as we stepped over the clutter, and we realized we were “in” the apartment. Except that there were no walls or ceiling. We were in the open air. Nothing remained of the apartment but the panoramic view it had had through the windows. The apartment had become one big balcony over Beirut. The interior was no longer defined by an outside; it had become it. Lila pointed ahead.

-My parents’ bedroom was over there. The living room was here. She turned and pointed into empty space.

-The kitchen was…there, and our room was here.

-The room we all shared all those years ago when we came back from Sydney… She giggled.

-Remember the pillow fights? You and me against our sisters!

-And your father who knocked on the door and kept repeating, “Time to go to bed, girls! Enough!”

-What fun we had. You know, I really didn’t want to come up here. I just didn’t want to see the absence. But this place is not empty, is it? Once upon a time, there were walls and a ceiling, and there was a home. And our remembering it now makes it so.

“The apartment is gone, destroyed.”

Mishka Mojabber Mourani was born in Egypt of Greek-Lebanese parents. She has lived in Australia and in Lebanon. Her writing deals with war, memory, identity, exile and gender issues.

She is the author of Balconies: A Mediterranean Memoir. She co-authored a poetry collection entitled Alone, Together (Kutub), in which Aida Y. Haddad translated Mourani’s poetry from English to Arabic, and vice versa.

In 2018, she was made Knight of the Order of Academic Palms by the French Republic. 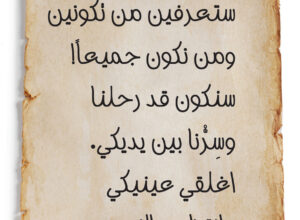 Fingers trembling, she slowly unrolled the ancient document. The parchment was as fragile as it was old. A…
Nada Adel 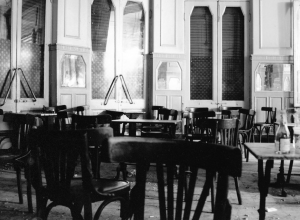 Overbearing heat, crowded streets, and a bureaucratic circus…these are normal days in downtown Cairo. My wife and I…
Damian Charpentier