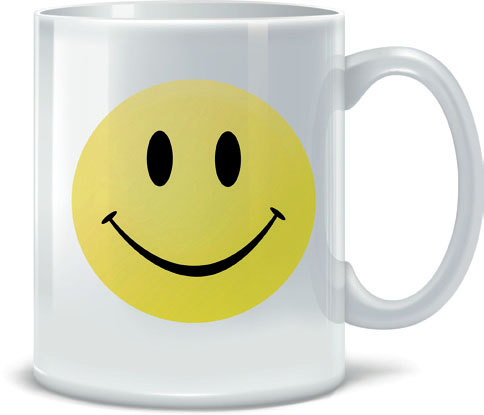 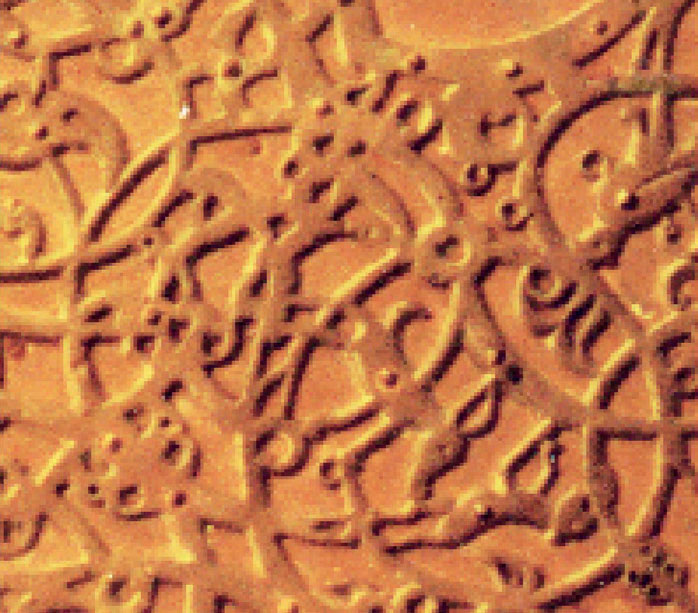 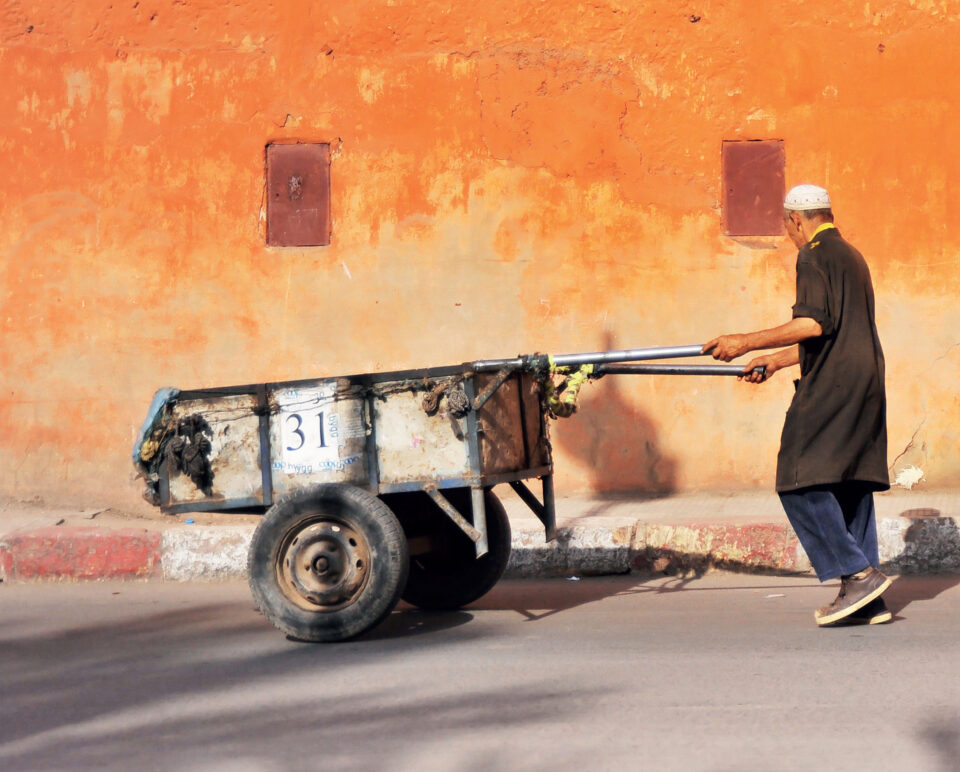 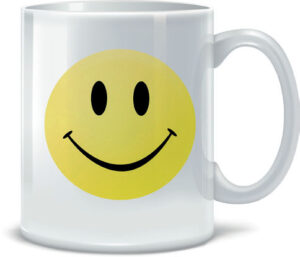 Sometimes I wish I’d never been made. I mean, plastic?! I look nice, all white with a bright yellow smiley, but I’m SYNTHETIC. In this healthconscious, environmentally aware age, I’m synthetic: a pariah. No one uses me! I stand there on the cupboard shelf and have to listen to the sniggers of those other mugs—the Bone China ones are the worst—who sail out every now and then and come back all washed and fresh with stories to tell about Out There. Ever seen a smug mug? No, and you wouldn’t want to, either. It isn’t fair. I’m thick plastic. I mean, it’s not like I’d leach into their drinks or anything. . . . And to top it all, I had the worst scare of my life the other day.

She and the Daughter were gossiping in the kitchen; I could hear them through the cupboard door, talking about some sort of a Test. Then She said, “I’ll find you something to pee in.” PEE IN! And then She opened the cupboard door!! I tell you, even the Bone China lot were all of a clatter. Surely, I thought, surely it hasn’t come to THIS! What’s more, She turns round and says, “You’ll have to chuck it away of course when you’re done.” CHUCK IT AWAY?!! “Can’t find a jar,” She adds. . . . Her hand hovers dangerously, perilously close, then she picks up one of those little tea glasses with a handle. Part of a set of ten, now nine. . . . Goodbye, Glass. Better you than me . . . Oh, well, I suppose the poor thing’ll get recycled. We all will, even Them. . . .

But there’s a Happy Ending, if you’re still listening to my story (just because I’m synthetic doesn’t mean my Feelings are fake). I’ve been relocated! To the office, no less! And not stuck in a cupboard either. I’m on Her desk, Fulfilling a Function too: holding a bunch of friendly pencils (no airs about them, even though they’re Wood); a fat, sleepy rubber that doesn’t say much; and a sharpener given to telling jokes (sharp wit, ha-ha, pun!). We get on so well! And the joy of being out-of-cupboard-doors!! There are two big windows, and I’ve already made friends with a gossipy tree outside (tends to talk in whispers, but that’s how trees are). Gives me snippets of news about the outside world; I feel quite au courant these days. And what’s more, She paid me such a compliment: “I’m glad I got that cute smiley mug here.” Cute! She called me CUTE!! I asked one of the pencils to write it down as a Memento, but she said, “Just keep it in your heart, Mug.” The heart is the safest place for Good Things.

MUSINGS OF A
MOSQUITO
NET

I might as well be invisible. Honestly. I mean, I know I’m old-fashioned, but surely SOMEONE would want me! Here I hang, gathering dust, but nobody so much as looks my way. People come and people go, but no one stops to say Hello. . . . Gosh, that sounded good! Quite a flair with words—ahem!—though I say so myself. Jolly good for a mosquito net. Because that’s who—or should I say what—I am: a thoroughly frustrated mosquito net, hanging in a huge shop, where hundreds of people seem to want anything but me. Even the salesman’s given up on me and has stopped trying to persuade people that mosquito nets are in. The nights are the loneliest, when the lights are out and there’s no one there. I’ve tried making overtures to the mattresses in the Bedding Department, but they’re rather thick and don’t have much to say. . . . And the pillows are, well, feather-brained. Oh, for a kindred spirit!

But wait! Hang on—can’t resist a pun—here comes someone, and She’s stopping! I shouldn’t get my hopes up. Enough shattered dreams of the outside world. But, “Oh, wow!” She says. “A mosquito net! I’ve always wanted one!”

Get that? Not “How quaint” or “I’ll give it a try.” She’s positively ecstatic at seeing me! Events follow so quickly, I hardly know my sides from my middle; all I know is I’m being taken down, folded up, and put in a bag for Her to take. Next thing I know is I’m being bathed, gently—She used baby shampoo! Imagine! For me!— and hanging out to dry. I feel a bit dizzy looking down. . . . I hope the pegs hold fast. . . . A couple of birds stop by, and a cat on the wall gives a friendly meow. The trees whisper a welcome. I feel . . . at home. I BELONG.

That night, I come into my own. I fulfill my raison d’être, my purpose in life: keeping those annoying little pests outside my safe confines frustrated and foiled. (I’m getting to be quite a dab hand at expressing myself, if you’ve noticed!) I may be old-fashioned, but I’m a jolly sight, safer than those nasty repellents with their smelly chemicals. And more eloquent. I watch Her sleeping, with her yellow hand-knitted teddy (we’ve been introduced; he’s gruff and a bit shy, but nice) and her bright green radio playing softly (you can’t make friends with a radio, because it never listens).

It strikes me suddenly that maybe She was lonely, too. That She’s a Kindred Spirit and knows that there’s no such thing as Things and that we all spring from the same Energy. I feel it in my folds that we’re going to be Friends. These are happy days, indeed. Good night. . . .

Camellia writes and produces television commercials and has a passion for storytelling. She published her first story at the age of nine in her school magazine and hasn’t stopped since. 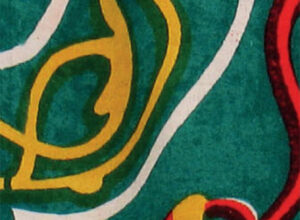 Me and My Culture I can see my culture in the pyramids And the flowing river. I can…
Jailan Abbas 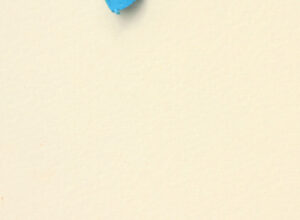